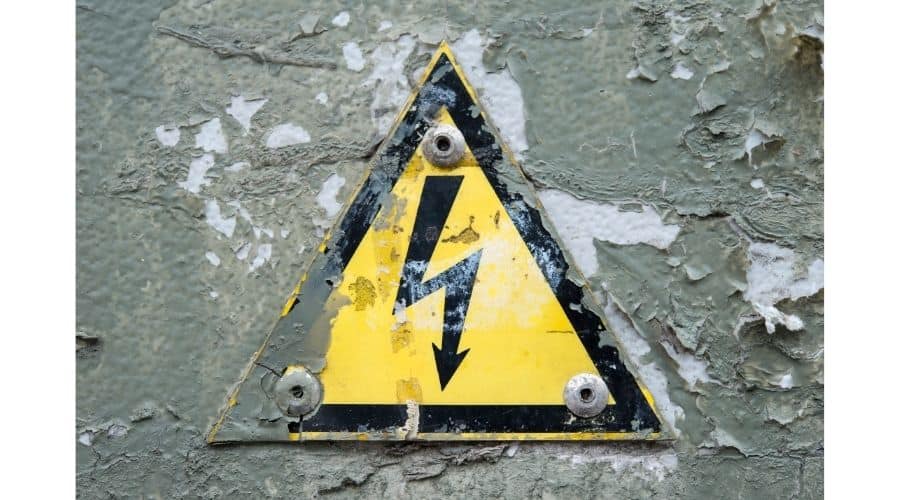 Wondering what is considered high voltage? It depends on the application and how you are looking at using it.

What Value Is Considered High Voltage?

The question of what value is considered high voltage depends on the type of electrical project and the skills of the worker. In general, voltages over 50 volts pose a risk to human life. This is why safety standards are stricter when it comes to these circuits. However, there is no exact rule for determining the appropriate voltage level for any given situation. This article will outline the various definitions of high voltage and how to determine them for yourself.

In electrical terminology, high voltage is a voltage that can potentially harm living organisms. This is a relatively narrow range, and the definition varies widely depending on the context in which the voltage is used. In general, an electrician must be licensed for a particular voltage class, and the value of high power is defined as a thousand-volt AC or DC circuit. In the UK, the Health and Safety Executive defines high-voltage circuits as those that carry more than one hundred kilovolts.

In the electric world, low voltage is anything under six hundred volts. This is common in factories where automation is the main focus. Oftentimes, a factory will use more than one voltage to operate its automated processes. There are two major divisions of electrical use in a factory: supplies and controls. Each division has mission-critical functions that are critical to the factory’s operation. The value of a given circuit may be different than the value of another in the same workplace.

Whether you are wiring a new home or simply rewiring an existing one, knowing the difference between two different electrical voltages is important. The first one is a very common term, while the other two are more uncommon. In the United States, 220 volts is the official standard for residential single-phase distribution. You can find 220 volt outlets at most hardware stores, and many homes are equipped with them.

Two other different kinds of electricity supply are available. They come in either single-phase or three-phase. The single-phase voltage is typically 220V, while the 3-phase version is 480V. The two voltages are not the same and may be a little different. Depending on your utility, the two different types of electricity will have slightly different characteristics. But you should always check which type of electricity is needed for a particular appliance.

For residential applications, the standard voltage is 120V, while the other one is 240V. The voltages are the same as the US single-phase line-to-line mains. However, the voltages for appliances and wiring vary from country to country. The two are primarily different in their nominal output, and you should also check the label on your appliances to make sure they are compatible. The only difference between these two voltages is the number of phases.

What Is Acceptable Voltage Range?

A standard outlet voltage varies depending on the type of appliance and the load, and the electrical system in a building is not always consistent. The common range is 120 volts, but can vary from place to place, even within the same building. The range of acceptable voltages varies from one state to another, and can vary from one country to another. In the United States, the voltage range is generally 5% to 10% higher than the nominal voltage, but a few states have more restrictive requirements.

Low voltage refers to anything below 600 volts. In a factory that utilizes automation, it is necessary to use multiple voltages in order to run all of the equipment. Electricity can be divided into two divisions: supply and controls. Both divisions have vital missions and should be running at optimum efficiency to avoid damage to machinery. So how do you know which is appropriate for your factory? Follow this guide and you’ll be able to safely use multiple voltages.

In Australia, the electrical power supply for most homes and businesses is at a nominal 120-volt (V) level. This voltage range is 5% higher than that used for household use in the United Kingdom, and Australians typically refer to their household electricity as “mains.” If you’re wondering what voltage is acceptable, read on to learn more. The answer will surprise you. It’s a little different in other parts of the world.

One common question is: Does high voltage damage electronics? Overheating electronic components can lead to the premature failure of electrical and electronic components. The damage can be irreversible and cumulative. A large voltage can also cause wires to melt, light bulbs to burn in real time, and other electrical devices to stop working. Fortunately, many electronics are designed to withstand a large voltage, and a high voltage will not harm them.

Overheating is a common problem with electrical devices. The higher the voltage, the more the device is damaged. Overexposure can lead to permanent damage, and the longer the voltage exposure, the greater the damage. Lightning can cause large surges of voltage, resulting in immediate failure of electronic devices. It’s important to note, though, that even minor voltage surges can cause permanent damage to your electronic devices. You should always use an Uninterruptible Power Supply (UPS) when possible.

An overvoltage is a dangerous situation for electronics. It can damage electrical wiring and cause damage. Repeated overheating will cause electronic rust, which is very damaging. Further, it can shorten the life of electronic devices. The longer the overvoltage remains in an electronic device, the more damage it will sustain. If this situation occurs, unplug your charger and avoid using it. However, if you cannot afford to change the voltage, it’s best to make sure that you have an Uninterruptible Power Supply or another type of power supply that can be plugged into a wall outlet.

What is Considered Low, Medium, and High Voltage?

The electrical standard defines medium voltage as “voltage range of at least 1000 kV” and a “high voltage” as voltage greater than or equal to 35,000 kV. Most high voltage systems are designed to operate in a range of approximately 40 kV to 52 kW, and the standard also specifies ultra high and extra-high voltage. However, this doesn’t answer the original question: what is considered low, medium, and high voltage?

The term “low voltage” is used several times in the electrical code. It’s used only once in Table 1 of Section 2, which describes the limits of voltage variation. The CEC has not defined a separate classification for high or extra-high voltage. Because these two types of electricity have different characteristics, it is important to understand the differences between them. As such, we need to consider the voltage range in our daily lives.

Generally, the low voltage is the one distributed to residential and commercial buildings. It’s used for security and fire alarm systems, garage door openers, and more. This also powers many appliances in the home. Commercially, it is used in control systems, sound systems, and even fire alarms. In the US, high voltage is used for industrial uses to maximize efficiency. It will be controlled and will be converted to low voltage before being used in homes.

Low Voltage in a Home

One of the main reasons for the diminishing voltage in a home is the uneven distribution of the three wires. These wires are connected from the transformer to the house. Two of them are called live wires and one is called neutral regulator. The voltage can be too high or too low depending on the condition of the wiring. Old wires, corrosion, dirty connections, and weak insulation may cause a lower voltage in a home. In addition, the distribution of the electrical power is impacted by the population and age of the building.

If you’re thinking of building a new home, you need to make sure it has enough electrical wiring, particularly in the bedrooms and kitchen. The best time to plot out low-voltage requirements is during the design phase of the project. The best place to start is with the living room or kitchen. Then, you can move on to the bedrooms and bathrooms. You’ll need to have wall outlets in the kitchen and computer terminals.

What Is Considered High Voltage According to OSHA?

High voltage refers to a level of voltage that may be dangerous to humans or animals. The definition varies from industry to industry and is based on the NFPA 70E standard. However, all electrical items of 50 volts or higher are considered high voltage and must be handled with care. The risk of an electrical injury is directly proportional to the amount of voltage and the length of time an individual is exposed to it.

OSHA regulations require employers to provide a safe workplace. They also require them to assess electrical hazards and choose personal protective equipment (PPE) appropriate for the job. In addition to safety measures, electrical workers must be trained and equipped to perform their tasks safely. For example, OSHA requires employers to conduct an electrical hazard assessment, which includes a arc flash hazard analysis and shock hazard assessment.

Electricity can be dangerous. Overhead or buried power lines should be avoided, since they pose the risk of electrocution. Falls from elevated levels and burns are also serious hazards. In addition, normal wear and tear on extension cords creates a hazardous condition. OSHA defines high voltage as anything above 600 volts. The U.S. Department of Energy defines high voltage as 600 volts or higher.

240 volts is a high voltage, but it’s not as dangerous as you might think. When you’re grounded and use a power source with the proper power rating, the electrical current is essentially the same. You feel a slight jolt, and it’s unlikely you’ll get electrocuted. Those who do suffer from an electric shock are dead. Regardless of the severity of the shock, people who are electrocuted usually die from their injuries. In fact, 220V is all that is required for a fatal electric shock. A 50mA current from a 240V source would affect the function of the heart, and it’s a risk that can be life-threatening.

If you’re considering purchasing a new home, you’ll want to make sure you have enough electricity available. A standard 120-240 volt circuit can supply enough electricity for a few hundred and twenty thousand dollars. A higher voltage can kill you, but a lower voltage is perfectly safe for your home. Unlike 120 volts, 240 volts is safe for most household uses.

There are many other factors to consider when buying a home. The voltage is higher, and 120 volts is less. It’s also easier to damage electronics than 240 volts. In addition, it’s also harder to keep track of how much energy you’re actually using. Typically, you can buy a 120 volt light fixture for around $100 and a 240 volt one for about $200.

Is It Safe To Use Internet During Lightning?