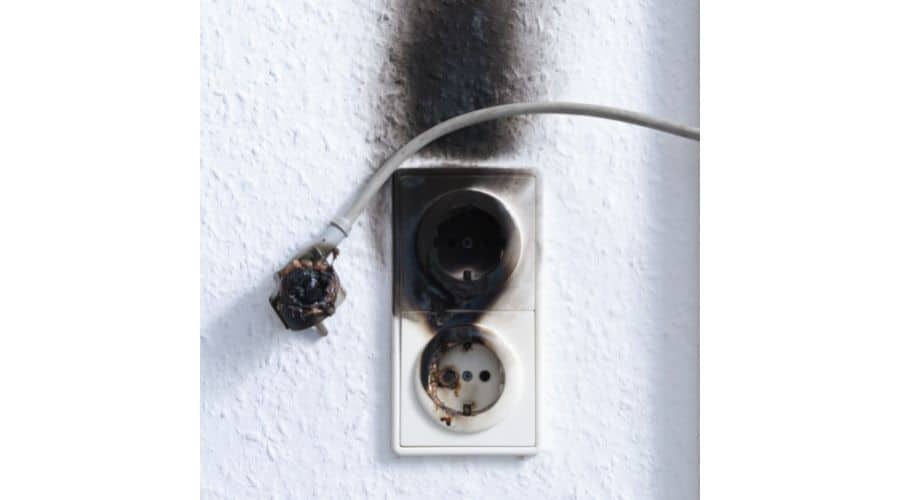 What happens if you put water on an electrical fire? What should you do if you accidentally spill water on an electrical outlet? And, how do you put out a small house fire? Here are some tips for you. First, identify the source of the fire. Then, unplug the device or outlet that caused the fire. You may also want to turn off the breaker box. Then, you can use baking soda or non-flammable material to put out the fire.

First, unplug the electrical device or appliance causing the fire. Then, cover the fire with a heavy blanket or piece of clothing. Be sure to do this immediately. If the fire is small, you can cover it with baking soda or other non-flammable material. However, this method is not recommended for fires that are out of control.

What happens if you put water on an electrical fir

When you have an electrical fire, the first thing to do is shut off the power to the area of the fire. This is vital to prevent the spread of the fire. You can also call 911 to help you determine the cause of the fire and how to safely put out the flames. Make sure to close any doors so the fire doesn’t spread and leave the area immediately.

Electrical fires are usually caused by a short circuit. The resulting electrical arc ignites the fuel nearby. Unlike fires caused by a grease or oil spill, water won’t conduct electricity. Therefore, if water is put on a residential fire, the water may provide a path to ground, which can cause an electrical spark.

When you use water to put out a fire, make sure you use the right amount. If you use too much water, you might accidentally cause an explosion. Another common cause of electrical fires in households is overloading circuits. This is dangerous because old appliances may have faulty wiring. By continuing to use these appliances, you may be putting your family at risk.

How do you put out an electrical fire?

The first step in putting out an electrical fire is to unplug the source. This will minimize the spread of the fire and also ensure that you are able to safely exit the area. There are several ways to safely put out a small electrical fire. If you are unsure of which method to use, try the following tips.

If you have a small electrical fire, try putting sodium bicarbonate on the fire. This can be very effective for small fires. However, make sure you stay clear of the source of the fire and do not place anything near it. If the electrical fire spreads, you risk electrocuting yourself and anyone else around you.

If you do not find the source of the fire, you can use a fire blanket to put out the fire. This will smother the fire and eliminate all the oxygen. It is important to use caution with water because water is a natural conductor of electricity and may electrocute you if you throw water on it. Additionally, water may spread the fire due to the electrical conductivity, and it can also ignite flammable materials.

What happens if I spill water on an outlet?

You should contact a licensed electrician to assess the situation. He will be able to determine whether it is safe for you to return to the house. If water has penetrated the walls, you will need to turn off the power until the damage has been repaired. The electrician will check each outlet and cut out any wet areas to prevent further damage. If the water is causing major damage, he may need to replace the wiring.

If the water spilled on an outlet is near an outlet with electrical wiring, you should turn off the power immediately. It is important to make sure that the outlet is completely disconnected before turning it back on. Alternatively, you can shut off the breaker box that serves the area. If you have multiple outlets damaged by water, the best option is to replace them all.

How do firefighters put out electrical fires?

Electric fires can occur at any time and can be caused by faulty wiring, overloaded appliances, or other factors. If you see a fire, make sure to call for emergency services immediately and turn off electricity to the affected area. You should also smother the flames. Knowing how to put out electrical fires is essential for your safety and could save lives. Having the right equipment and training will help firefighters put out electrical fires more quickly.

The best way to deal with an electrical fire is to call 911 immediately and describe the situation. If you can, shut off the power source, but if you cannot, leave the area immediately. In addition, you should be aware that electrical fires can spread quickly. If you have a small fire, you can use sodium bicarbonate to extinguish it.

If you have an electrical fire, you should always have fire safety gear nearby. You should also be aware of the dangers of electricity, especially when working on electrical equipment. This knowledge can be the difference between a small fire and a catastrophe.

What do you do after an electrical fire?

The next step is to call for help. If you can safely do it, call 911 and let them know it is an electrical fire. If this cannot be done, you should immediately evacuate the area. Ensure that you have two escape routes. If one of the routes becomes blocked, you should call for help.

First, determine the source of the fire. Do not attempt to switch off power if it isn’t safe to do so. Then, remove any electrical equipment that could catch fire. Then, disconnect any circuit breakers.

Can you smother an electrical fire?

When a fire is threatening your home, the first thing to do is turn off electricity. If possible, unplug the device that is causing the fire and turn off the breaker box. You can then use baking soda to smother the fire. You should avoid touching the burning device while applying baking soda.

Baking soda is an excellent alternative to water when it comes to putting out an electrical fire. Baking soda contains sodium bicarbonate, which can be easily stored and is very effective in putting out small appliance fires. Water, however, is an electrical conductor, so do not attempt to put it out by pouring water directly on the blaze. In addition to electrocution risks, water may also spread the fire.

When putting out an electrical fire, you should always wear appropriate fire safety gear. Electricity is highly dangerous and never underestimate its dangers. Even if it’s just a small fire, electricity can still damage a home or property. The knowledge of what to do and what not to do can be the difference between a small fire and complete devastation.

How to Secure Electrical Outlets in Flooded Homes

Electrical outlets in flooded homes can be vulnerable to water damage. The safest way to turn off power is at the breaker box. Look for a breaker box that is labeled. Once the power is off, you can begin securing your home.

Even minor water spills can damage electrical outlets. When water contacts an outlet, it can cause a short circuit or overload. The result can be a fire that causes extensive damage to your home. In these cases, it is best to avoid plugging anything into wet electrical outlets.

Electric wires contain three types of wires: the live, neutral, and ground. If you find any of them covered with water, it is best to cut the electricity off in the breaker box. This will prevent the danger of a fire. Also, small amounts of water can corrode the wires, making them hazardous to touch. If water has contaminated the wiring, it is best to call a qualified electrician immediately.

If you have a burst pipe, you may have outlets that are wet. Many of these outlets are located within walls and crawl spaces. If they are damaged, the water can leak into the wall and affect them. Additionally, roof leaks can cause water to drip on wall sockets and power strips.

How to Prevent Electrical Fires

An electrical fire begins with a spark and can grow quite quickly. It can also spread through walls before anyone is able to detect it. Because of this, special precautions are necessary. First, learn to recognize the signs of an electrical fire. Smoke, heat, and odor are common.

There are several causes of electrical fires, including frayed cords and faulty wiring. While some electrical fires begin immediately, others can spread over a period of time, resulting in a gradual, but potentially hazardous fire. If you see any of these signs, you should act quickly.

Once you have spotted an electrical fire, the next step is to turn off the power source. This will reduce the risk of the flames spreading throughout the house. In order to turn off the electricity in your home, you must safely reach the electrical panel. In the meantime, close the doors of the home to prevent the fire from spreading.

The most common causes of electrical fires are old, faulty appliances and faulty outlets. But some electrical fires may also start from faulty cords, receptacles, and switches. Frayed or worn cords can transmit heat to combustible surfaces, and exposing them to dangerous levels of heat can ignite.

How To Find A Broken Wire In A House