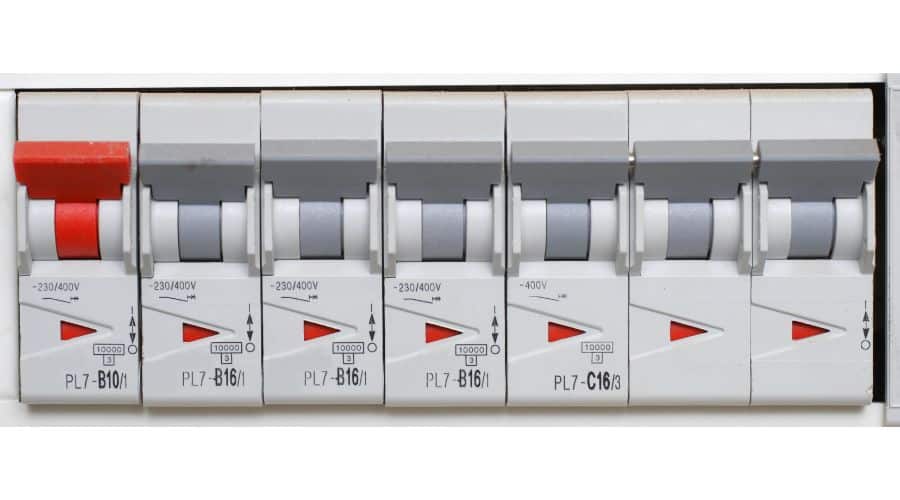 A Plug On Neutral Breaker is a type of breaker in which the plug is installed on the neutral side. It has new features that make installation convenient and easy. In this article, you’ll learn more about this type of breaker and how to wire a Square D plug on a neutral break.

The Plug on Neutral Breaker is an alternative to the conventional circuit breaker. It is designed to provide protection in both directions. In commercial and residential applications, the Plug on Neutral breaks eliminate the need for a separate panel for the neutral circuit. They can be installed quickly and easily. In addition, they offer several benefits.

The Plug On Neutral Breaker is a dual function device that provides arc fault protection and circuit protection. Because it features an integrated neutral bus, the product provides a secure, reliable connection. It also has over four inches of wire bending space, which makes it more convenient to install. It is available in a range of sizes, including the two-pole CAFCI and 1-pole Dual Function.

This breaker is a more convenient option for most customers. It can be easily installed and can save time. The plug connects directly to the neutral bar, so there is no need to use pigtails to make the connection. This means that installation time is considerably reduced when compared to the traditional circuit breaker.

How do I know if my breaker is plugged in neutral?

The neutral wire is the insulated wire that snaps to the line voltage in all locations. If you have a working load, that neutral wire should be inoperable. If not, then it is bootlegging the neutral from earth. This will cause the circuit breaker to trip.

If you are not sure whether your breaker is plugged in neutral, check the voltage with a multimeter. If the breaker is tripping, you should unplug it and contact an electrician. A professional can test the voltage and identify other potential hazards. If the electrical panel box is short circuited, it will give off a burning odor. If this odor continues, turn off the power to your entire house. Otherwise, it could start a fire inside your home.

The simplest way to find out whether your breaker is plugged in neutral is to check the voltages. A typical voltage ratio for hot-ground and hot-neutral is two volts or less. The difference will increase as the load increases. If the difference is greater, there is a switch. If the circuit is switched, you should correct it as soon as possible.

If you want to switch out your GFCI breaker for a plug-on-neutral breaker, you can easily do so by using a special cable. This cable clip connects directly to the neutral bar on your breaker panel. There are several benefits to using a plug-on-neutral GFCI switch.

How do you wire a Square D plug on a neutral breaker?

You can use Square D Qo plug-on-neutral circuit breakers to protect your home from arcing faults, overloads, and short-circuits. They connect directly to the neutral bar on a breaker panel and have several benefits, including fewer connections and eliminating pigtails.

Does GE make a plug on neutral panel?

A plug on neutral breaker is easier to install and wire. It comes with a specially designed clip that clips on the neutral bar and connects directly to the neutral wire. This type of breaker can be found on most commercial panels, including restaurants and RVs. The plug-on feature is important, but it’s not necessary for every breaker.

What is the benefit of plug on neutral?

Is there ever current on the neutral wire?

When the breaker is off, there should be no current flowing through the neutral wire. If there is, the circuit is incorrectly connected or there are active loads on the circuit. The neutral wire conducts 50% of the total current, so if you see current, it may be a sign of a malfunction. You can measure the current in the neutral wire using a standard ammeter.

Why circuit breakers are never placed on the neutral?

Regardless of the wattage of your electrical system, there are certain reasons why circuit breakers are not placed on the neutr. These reasons include the safety and reliability of your electrical system. Having a better understanding of the neutral will change the way you design and operate circuits. In this article, we’ll discuss AC circuit neutrals and how to properly protect them.

When a circuit breaker trips, it can cause an electric fire. This happens because the grounded conductor has a high voltage. Despite its name, the ground wire is almost never a neutral. The purpose of grounding equipment is to provide a low resistance path for electricity to flow to the transformer. However, this path is not always as simple as it seems. You must make sure to tie the neutral wire to a neutral wire at the service panel.

It is technically possible for two circuit breakers to share a neutral, but this practice is not advisable. This can lead to a safety risk, as it could result in an electrical fire. This method is also not recommended for single-phase systems, as the return current from the second breaker can interfere with the first neutral.

You should keep in mind that a 120V circuit can only share a neutral with one other circuit if they are rated for the same amount of current. This is the case even in three-phase systems. If a neutral is shared between two circuits, the voltage on both circuits will increase, and the current will flow through any connected loads. The connected appliances will form a series circuit between the two supply lines, which can lead to fires and fried appliances.

If the load is balanced, then shared neutral current is minimal. However, if the load is imbalanced, the current can be carried on copper cables. In some cases, a three-phase load can experience an interruption in the current from one phase, because the neutral is overloaded.

Another problem with shared neutrals is that they can lead to a shock or injury to the electrician servicing the equipment. This can happen if the electrician fails to realize that the neutral wires are still energized, and thus they may accidentally disconnect the wrong circuit. Because the risk is high, it is important to follow the NEC’s regulations and make sure to disconnect them in a timely fashion. This way, electricians can increase their efficiency and reduce their labor costs.

Can I Connect Ground and Neutral to Same Bus Bar?

To properly connect a ground and neutral to an electrical system, you must first disconnect the service. If this is not possible, you may use a different ground bar. This method does not comply with National Electrical Code standards, which require that the neutral and ground be separated. Typically, you would connect the neutral and ground conductors to the same bus bar.

The reason why ground and neutral should be separated in a sub-panel is to reduce the risk of short circuits. Because the wires carrying electricity are constantly in contact with each other, they are more likely to be contaminated. Frayed or loose wires can result in short circuits, which can lead to fire.

How Many Breakers In A 100 Amp Panel