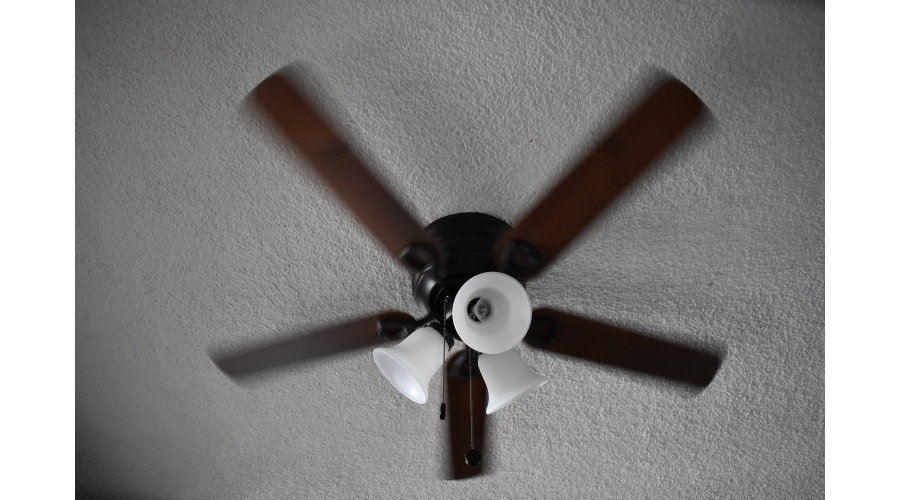 Did you purchase a new ceiling fan and wondering how to wire a ceiling fan dimmer? We can help make sure you get the right one.

There are several different types of dimmers, a ceiling fan dimmer is specific to the type of light in the ceiling fan. The dimmer must match the light type LED etc. This is not to be confused with a ceiling fan speed control as this is a completely different type of electric device.

Never try to use a dimer to control ceiling fan speed. They are a completely different device.

A regular dimmer will just hook on the blacks of the switch that can off in a single pole installation.

How to wire a ceiling fan dimmer with smart switch

1. The first step to installing a ceiling fan dimmer is to determine what type of light in the ceiling fan you wish to control. For the fan that provides light with a bulb the easiest solution is a dimmer (not all fans require this type of electrical device.) We will refer to this as a ceiling fan switch because we are going to use it for this purpose.

2. Next, you need to determine the type of light in your ceiling fan. If you have two bulbs on each end of the fan which would be typical, you have two options. You can either wire one pair of bulbs or two dimmer switches to control the fan. The first step to determine the type of light you have is to use the wire color analysis. The easiest method is to measure the diameter of the light bulbs.

Smart switches are the same as regular switches however that connect to your WIFI. Follow the manufactures directions on how to hook it to your internet after the switch is installed.

How to wire a ceiling fan dimmer 3 way

There are two different types of fans, the fan coil and the motor. The fan coil has two heat sinks on the circuit board to create and dissipate heat. The fan must have a motor on board or this device is not considered a fan.

In this type of dimmer the user will control the speed of the motor in order to dim the lights. The motor will not operate at a consistent speed, it will accelerate and decelerate as required by the amount of heat on the circuit board and any fan powered dimmer will regulate the speed accordingly.

This type of dimmer is almost always a single phase dimmer, as opposed to the two phase versions. This means the circuit board heats up more quickly as it is used more, and they are more vulnerable to sparking.

Can a dimmer switch be used on a ceiling fan?

In an apartment, a ceiling fan would be placed at the far end of the room and connected to the ceiling outlet. There would be no other equipment connected to it, as this would be on a dimmer switch.

Example 2 – The unit is connected to a dimmer switch by a wire.

What is the difference between fan regulator and dimmer?

Fan regulator (usually called a capacitor) is a switch that is activated by electricity rather than thermionic emissions. It forces an alternate current through a variety of components and adjusts the frequency of the current to the fan motor. This is also know as a fan speed control.

A ceiling fan dimmer is an electrical device that provides a “do not go dark” circuit around the light fixture. The circuit allows energy to move around the circuit efficiently.

What is a fan’s cut off power?

Ceiling fans cut off power should be between 20 and 40 volts.

What happens when you dim a non dimmable LED?

An LED lights up a particular intensity for an extremely long time. This will only come at the cost of many watts of power. This lighting rate is not created by the fan (light itself) but comes from the remote control.

A ceiling fan creates a much different type of lighting. The speed is set by a switch, not by the lighting intensity.

Dimmers are designed to dim non-dimmable LED lights. An LED light also dims when on, this happens when you lower the switch.

To dim a ceiling fan, the switch and dimmer must match.

Here’s a diagram of the method used to wire a ceiling fan to a dimmer.

You will need a dimmer in the shape of a keystone.

Your fan must be connected to an electric meter to this keystone.

How do you install a speed control switch on a ceiling fan?

Installing a Speed Control Switch on a Ceiling Fan

A switch for the speed control for a ceiling fan is essential. The whole purpose is to adjust the speed as per the desired energy use of the fan and this has to be correctly and safely connected to the circuit. Speed controls have to be installed on the ceiling fan to ensure that you can monitor the speed and adjust it as per the required level.

How many amps does a ceiling fan use?

2.62 amps, Which is very high. The best fan speed is 1.5 to 2 amps. This is an 8% difference, depending on the grade fan blades etc. Also be aware of power transistors, they may need to be replaced for new fan dimmers.

How do you get a good night sleep?

Besides monitoring your power bill, you also want to monitor the fan speed as this will help to ensure that your fan is not giving off noise.

Don’t fall asleep and think your fan is not on! Be sure to have your fan set to a light amount of speed. Generally, when your fan is on a light setting, it doesn’t give off much noise.

Fan Drive & Speed Settings – Use the full 80% of the light that is shining onto the blades. This will keep the fan speed down and also the loudness of the fan down, giving you a peaceful sleep.

Does a dimmer switch reduce voltage or amperage?

Dimmers usually have to take the load (voltage) on the fan motor at the time it is set, then they allow the fan to go a certain distance. The most common method is to connect a resistor to a set of wires, the resistor limits the amount of power that goes to the fan.

Can you put a dimmer switch on any light?

In most cases you can. But depending on the type of light and the usage of the room or your home, the dimmer will be the preferred device to use.

Connect the power and ground

Use a spark gap to attach a dimmer switch

What do you connect the red wire to for a ceiling fan?

Now, when it comes to the ceiling fan, you will need a specific dimmer to allow you to adjust the fan speed and/or light settings. The dimmer is simply a device that changes the position of the red LED light in the fan.

For that you need a “red line light” dimmer. Which means this device will dim the red LED light. It does this by turning the red LED off and on using a small internal “switch”.

When the dimmer is pressed the red LED will slowly dim. In our dimmer the red light is turned on gradually over a period of time. This is called time-winding. This essentially controls the fan speed. The slower it turns the faster the fan speed can be turned.

Red line light dimmers are fairly popular on Amazon. They have received 4 and 5 star ratings for reliability and ease of use.

How do you wire a ceiling fan with a light?

We need to figure out the correct pin outs and electrical plug/socket combinations to attach the lamp as well as the motor control.

HOOK UP the light and plug the dimmer into the switch

HOOK UP the light in the plug

How do you add a ceiling fan to your room?

You will need to install a new switch and outlet from the room being converted.

How do you wire a ceiling fan with a double light switch?

The method I use for installing ceiling fan lights is to use a double light switch. This technique will allow the light to be turned off from both sides of the fan. This is very good for those fans that have a light on one side and another light on the other side.

Follow these steps to install a double light switch for your ceiling fan.

1. Place a switch plate with two wires across a convenient point.

2. Make sure the double switch is installed on the ceiling and facing forward.

3. Mark the switches and make sure the wires are the same length and marked.

4. Use the electrical tape to connect the wires of both switches together.

6. Use an “open” tester to make sure the switch plates are wired correctly.

Wall Oven Wire Size-What You Should Know Before You Buy

Is It Safe To Sleep With Led Strip Lights On

Do Electric Fireplaces Use A Lot Of Electricity

This site is owned and operated by Conquerall Electrical Ltd. conqueralelectrical.ca is a participant in the Amazon Services LLC Associates Program, an affiliate advertising program designed to provide a means for sites to earn advertising fees by advertising and linking to Amazon.com. This site also participates in other affiliate programs like Clickbank etc and is compensated for referring traffic and business to these companies. This site is created as an information site. Under no circumstances are we suggesting that you do your own electrical work without a proper license to do so. Please consult in your local licensed trade person. All Rights Reserved Copyright 2021 Conquerall Electrical Ltd