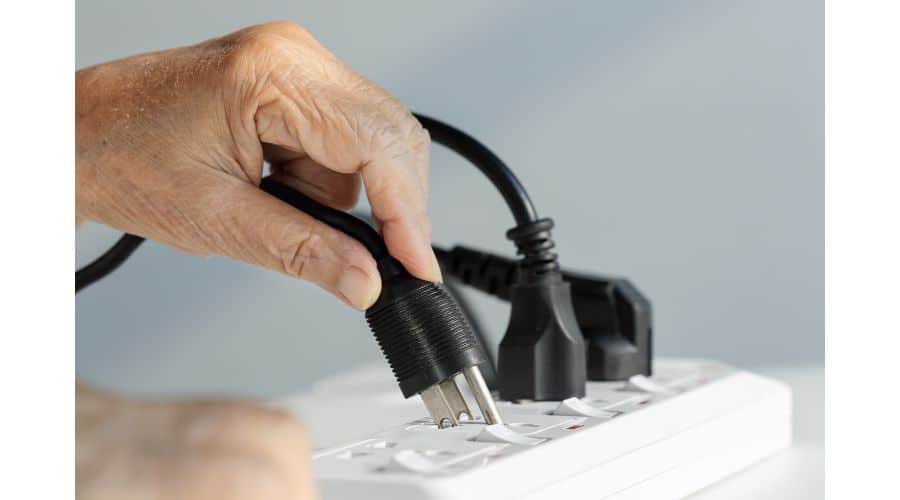 The first step in wiring a 220v outlet is to determine the wires that are available. Most plugs require three or four wires. Two wires are hot, the other two are neutral. The ground wire is generally green. The gauge of the wires will determine how thick they should be. Usually, 10 or 8 gauge wires are suitable for 220v outlets, while 12 gauge wires are better for 110v outlets.

To properly wire a 220-volt outlet, you must have a paired circuit. This means that you must have a set of breaker circuits. Each of these circuits will contain conducting wires. A 220-volt plug should have a red wire for the positive wire, a black wire for the neutral wire, and a white wire for the ground bus. You must also install a ground wire, which connects to the ground bus of the electrical panel. This is required by code and is also a safety precaution.

When you are installing a plug in your home, you should check the wiring diagram carefully before starting the process. This is important because working with live wires is dangerous. If you are unsure of how to wire a plug, use a voltage tester to make sure that it is free of electricity. Also, always remember that you should always disconnect the plug from power sources before starting the wiring process.

If you’re curious about your electrical system, you might be wondering why your 220 volt outlet has four wires. Generally, there are four wires in a 220 volt circuit: two insulated wires carrying power to the appliance, one neutral wire, and a bare ground wire. A four wire system is required by code.

The reason for this change is safety. The National Electric Code no longer permits the connection of neutral and ground in one wire. In a three-wire 220v circuit, a stray current may run along the ground/neutral wire and end up in the appliance that is being powered, which could result in a serious shock. In a four-wire circuit, stray power is safely routed to the ground.

How do you wire a 4-wire plug?

The process of connecting a 2-20v 4-wire plug starts with determining the wire gauge. The right wire size is essential for proper circuit breaker protection. Next, use a voltage tester to ensure there is no power running on the wire. The tester should display zero volts.

The 4-wire outlet was introduced in 1999 by the National Electric Code. The design of this plug allows for more accuracy and safety in wiring. The 4 wire outlet is typically plugged into a three-wire outlet in a junction box. It is also used to connect two 110v circuits to one 220v circuit. It has red, black, white, and ground wires.

What is the difference between 3-wire and 4-wire ?

In a three-wire 220v plug, the hotwires (red and black) are connected to a neutral wire. The ground wire (which is not insulated) acts as the path for return current, preventing short circuits. It also keeps the circuit breakers from short-circuiting.

Four-wire outlets are easier to install because they have four prongs instead of three. However, you should remember that removing the cover makes the process more difficult. If you are unsure about the wiring of a particular plug, ask a professional electrician for assistance. The most important thing when wiring is safety. Make sure you turn off the power before you start working and check the materials before you proceed.

If you’re switching to a new home and want to connect a 2 to 20-volt outlet, you can do so easily by wiring a new 2-wire plug to a 3-wire outlet. Three-wire plugs have three wires: two insulated wires and one bare copper wire. The insulated wires carry the current, while the bare copper wire acts as a ground. The ground wire protects the other three wires from short-circuiting and prevents circuit breakers from shorting out.

To attach a 4-wire plug to a 3-wire outlet, first make sure that you know the polarity of the two wires. Make sure that you don’t confuse one with the other. The four wires are different sizes. In general, the four-wire plug is bigger and has more wires.

Next, remove the access cover from the four-wire junction box. This cover is typically held on with two or four screws. Use a screwdriver to remove the cover. Once the cover has been removed, insert the new wire. If the four-wire line has no ground wire, you can cut it with a small hammer.

There are two main types of wiring for 220V, the three-wire setup and the four-wire setup. Both the three-wire and four-wire setups use the red and black wires to carry 110v and the white wire is the neutral wire or common wire. The inner wires are either 14-gauge or 12-gauge, depending on the type. The National Electrical Code requires that the neutral wire or the common wire be white, grey, or yellow in color. The ground wire must be either green or bare copper.

Unlike the three-phase system, a two-phase system only has a single powered line. The second wire is used as a return path. This is why household devices and motors need a line input. The backup return path is bare ground. A two-wire supply always contains an equal amount of current in the line and the neutral wire.

There are two different types of power cords: the line-to-line and line-to-neutral types. The first type is used to supply 240V power. The other type is used for 120V AC power. Both types can be used with the same appliance. The reason that you need to use a 4-wire cable is because many electric appliances require more power than they can receive with the standard two-wire cable. The higher the voltage, the smaller the conductors will have to be.

In addition, you must use a wire that is 14 gauge AWG or larger for 240V circuits. For example, a basic 240V outlet would be wired with a # 14/2 conductor and ground. This is referred to as the North American Standard. As you add amps to your circuit, you need to use larger wires.

When wiring a 240V circuit, make sure to check the polarity of the circuits. A new installation may need a 4-wire circuit, while an existing one may only require two hot wires and a ground.

Why do I have 4 wires in my outlet?

Luckily, this is a simple job that doesn’t take much time at all. Most people will be able to finish the task in 30 to 45 minutes. If you’re doing it for the first time, it may take you a bit longer. Just make sure to pace yourself and be careful.

The reason there are more wires in your outlet is because it is part of a series circuit. A series circuit consists of more than one outlet and a light fixture. These circuits are connected in a daisy-chain fashion. You may have two outlets, four, five, or even six wires. Each wire has a purpose, and they should all be connected to each other and properly insulated. If you’re unsure, you can call an electrician to come and take a look.

The first step in wiring a 220 outlet is to identify which wires are hot and which are neutral. There are two types of 220 plugs: three-wire and two-wire. The hot wires are typically red and black, and the neutral wire is white or green. It’s critical to avoid mixing up the wires. If you mix them, you’ll damage your equipment.

If you’re doing it yourself, you’ll need a set of wire cutters. Start by removing about 3/4 inch of insulation from each wire. Most power cables come with white, black, and green wires, but wire color codes can vary from country to country. Once the wires are trimmed, you’ll need a screwdriver to loosen the plug housing screw. Once you’ve done this, slide the power cable into the enclosure. Next, use a screwdriver to loosen the terminal screws. On a three-prong 220 plug, the top two prongs are slanted while the bottom prongs are straight.

If you’re wiring a 220-volt outlet, you’ll need a two-pole breaker. This type of breaker takes power from a panel via two different phases, each 110 volts. The two phases combine to form the second phase of power, which is 220 volts. Some appliances require a neutral wire, while others do not. Whether you choose to use a two-wire or three-wire setup, the right type of breaker will depend on the electrical panel and the appliance.

First, identify the type of plug. Three-prong 220 plugs have slanted prongs at the top and bottom, with a single straight prong on the bottom. Connect the green wire to the bottom prong, while the black and red wires go to the top and right terminals, respectively. The wires are connected to the plug’s terminal screws.

There are two styles of 220 plugs, three-wire and four-prong. Both styles require a neutral wire, two hot wires (usually red and black), and a ground wire (green or white insulated). It’s important to know which wires to connect to which terminal screws, as mixing wires can damage your equipment.

Before you begin wiring a 220 male plug, you should determine the type of electrical outlet. In some cases, it’s possible to connect two outlets with a single wire. In other cases, it may require multiple measurements. For horizontal wiring, you may need to drill holes through wall studs.

To connect the two wires to each other, you’ll need a screwdriver. A screwdriver with the correct shaped tip is recommended. It can also help you make sure the wires are tightly connected.

How To Wire Smoke Detectors In Parallel