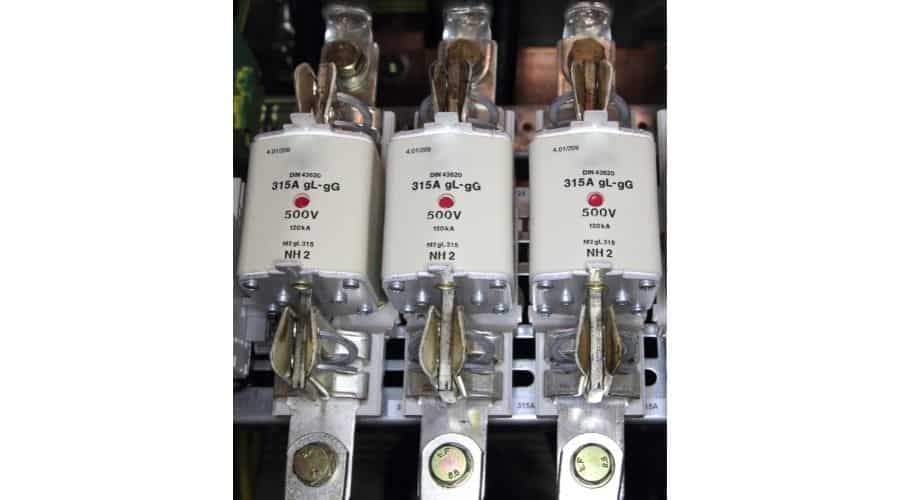 Think you have a bad fuse and wondering how to test fuse panel? It is not always as easy as you think as sometimes the fuse looks good.

In total when a fuse looks like it is still good, one should consider removing the fuse to have a better look. This often needs to be done with the use of a digital multimeter as a fuse my look good but the element has popped. This can be difficult to notice with the naked eye.

How to Test a Fuse Panel With a Multimeter

You can test the function of a fuse with a multimeter, but it’s best to have one with a continuity mode. You can also use an ohmmmeter, which has no polarity. Place the probe leads across the ends of the fuse, and the multimeter should beep continuously. If there’s no noise, the blown fuses are probably not a serious problem.

To test a fuse, first you need to locate the circuit that you’re testing. To do this, open the fuse panel door and look for the desired fuses. The circuit label will help you determine which fuse is needed. A burned or fogged glass view window may be a sign that a fuse needs to be replaced. Always use eye protection while testing a fuse, because flying sparks can be a result of a bad panel.

Next, insert the multimeter probes into the fuse and touch them together. The needle should move when the two metal tips are touching. The fuses are good if the voltages are equal on both sides. Otherwise, the resistance reading will be higher. You can also touch the tips of the metal probes on the other side of the blown fuse. If you get a reading, you’ve found a blown fuse.

How To Test Fuse Panel How to Test a Fuse

In order to test a fuse, you must first turn off the electricity. Using a flashlight, examine the fuse holder and find the fuse that is causing trouble. A blown one will show a clear glass container, but if it has a cloudy appearance or is accompanied by a metallic smear, then you should replace it. To make sure that the new one is still working, test it with a multimeter.

If you are unsure of how to test a fuse, you can always use a multimeter to check for damage. Usually, a blown fuse will have a broken metal line and will appear cloudy. If you notice a cloudy appearance in the glass of a blown circuit fuse, it’s time to replace the faulty one. You can check a new blown electrical-circuit fuse by reinstalling the main fuse block and reconnecting all the electrical devices. Once you’ve replaced a blew circuit breaker, test the new one by plugging in a computer or other electronic device. If the new circuit still doesn’t work, call an electrician.

The best way to check a blown fuse is to unplug all electrical appliances that are plugged in. You may also want to check the fuse by pulling the leads from one side and inserting the other. The reading should be between 0 and five Ohms. If the reading is higher than that, then the fuse is bad or degraded. If you can’t find a good reading, you should call an electrician.

How To Test Fuse Panel How Do I Know If My Fuse Box Has Power?

Depending on the age of your home, a fuse box can be quite old. If you’re not sure if the box is old, check the fuses to make sure they’re in good shape. Typically, it is necessary to unplug all devices from rooms that could be affected by the fuse. You may even need to unplug any new appliances or electronics before trying to reset the faulty fuse.

A blown fuse can cause an electrical overload. A circuit overload can be up to six times the normal current. It usually happens when too many electrical devices are plugged into one circuit. If this happens, you should contact a licensed electrician. In the meantime, you can safely disconnect everything from the circuit and check the fuses. If you do find that there’s no power, you should contact a licensed electrician immediately.

When checking fuses, be aware that there are constant and switched circuits. You can identify the circuit type by the fuse. Most cars have two types of fuses, one for each circuit. The type you need to test is marked with a label inside the fuse box. In some cases, a user’s manual indicates the type of circuit, so a licensed electrician will need to diagnose the problem.

Can a Fuse Be Bad Without Being Blown?

A car’s fuse is the same way. It protects all the electrical components in a vehicle from overheating. Sometimes, a little bad luck can knock the contacts out of place. This doesn’t mean the fuse is bad. You can check for a blown or bad fuses with a multimeter. Look for very little or no continuity. If it doesn’t show any continuity, the fuse is probably not blown.

First, check the circuit. If you notice that the circuit isn’t working at all, you need to replace the fuse. The blown fuse will be causing the problems. The good news is that you can often tell when a fuse is faulty without having to open it. Fortunately, there are ways to determine if your fuses are faulty and save money in the long run.

The most common cause for a blown fuse is overloading. A short circuit happens when an appliance is overloaded. When this happens, the metal ribbon inside a fuse will melt. This means that all the plug-in appliances and lights will suddenly stop working. You can test the fuses to see if they are faulty by placing a multimeter on one of the wires. If it doesn’t show any resistance, they are probably bad.

How Do You Know If Electricity Has Tripped?

If you’ve ever had an electrical outage, you’ve probably wondered, “How do you know if electricity has tipped?” It’s simple: If you see a light switch in the off position, you’re likely experiencing a circuit breaker trip. Sometimes a tripped breaker is the result of an overloaded circuit breaker, or a faulty appliance or plug. However, tripping can also be caused by a number of other issues, including a faulty device or wiring.

If you think that a particular appliance has tripped, you should first test it by unplugging it. This will help you determine whether or not the problem is caused by a loose wire. If the appliance is plugged in when the breaker is tripped, it will trip the circuit. This means that you need to unplug the appliance until the issue is fixed.

How to Check the Power of a Fuse Box

To check the power of a fuse, you can use a voltage tester or a test light. You can also use a multimeter. These two tools are commonly available for household purposes. After you’ve acquired the right tool, you should look at the diagrams provided in the fuse box to see if any other parts are damaged. Once you’ve identified which component is not working properly, replace it and repair the problem.

If the voltage reading is not zero, check the fuse. If it is, replace the fuse with a new one. It’s easy to replace a fuse with a spare. Before you do that, turn on the main power to ensure that the electricity is running. Then, plug the appliances or devices that are affected back into the wall. If they are working normally, the problem is resolved. How To Test Fuse Panel

What Happens If A Fuse Overheats?

In case you’ve ever wondered “What happens if a fuse overheat’s?” you’re not alone. You probably have a similar question at one point in time. You’ve turned on the power and then noticed that the fuse is melted. Luckily, this is the only symptom of an overheating fuses. The fault is now fixed and the damaged fuse can be replaced.

When a fuse overheats, the wire that the fuse is connected to can get very hot. This heat can move to the electrical connection, causing a short circuit. This short circuit will generate even more heat, and it could melt a plug connection. Because a circuit has multiple fuses, electrical wiring in your home can get extremely hot. The electrical current flows through wires, resulting in heat. When that current flow reaches the breaker, it crosses resistive forces, which allows it to close the circuit.

When a fuse overheats, the heat from the hot wire will transfer to the electrical connection. This heat will start a short circuit and melt bare wires. This will also cause the plug to break, which will create even more heat. Overheating wiring in your home is a result of electrical current flowing through them. When the fuses overheat, too much current will flow through the wires and cause a fire.

A blown fuse is a major inconvenience, especially if you do not have any idea what it is. It happens because the electrical current exceeds the rated amount. As a result, the fuse blows and all the lights in the circuit go out. You may have no idea what caused the blown fuses or how to replace them. To avoid any potential dangers, make sure that you wear protective gear and wear rubber soled shoes when replacing the fuses.How To Test Fuse Panel

The cause of a blown fuse is usually an overloaded circuit. You can repair the problem by getting the wiring upgraded. You can also move high-energy appliances to another room to reduce the load on the circuit. An electrician can determine the electrical demand of your home and suggest the best solution for you. Ensure that you use electricity responsibly by avoiding plugging appliances into the outlet whenever you are not using them. This will prevent future blown fuses.

A blown fuse is usually caused by an overloaded circuit. A professional electrician can determine whether your home is overloaded and suggest a better wiring system. In addition, you should avoid putting heavy appliances into an unbalanced circuit. To prevent future blown fuses, you should label your circuits and make sure they are not blocking the entrance of the fuse box. To prevent electrical shock, always use a flashlight near the circuit box.

How To Wire A Generator Panel

How far can you run 10 gauge wire