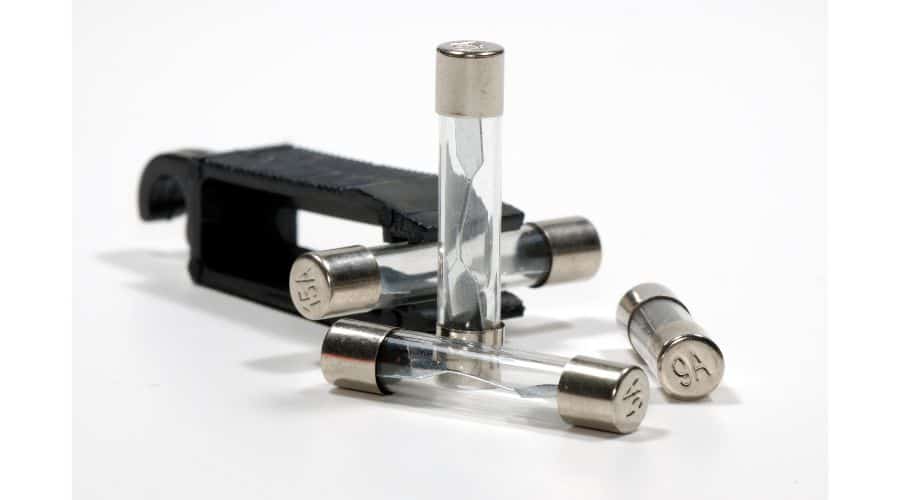 You’ve probably wondered, How To Blow A Fuse? How can you blow a fuse in your house? And what happens when you blow a fuse? Here’s some new terminology for electrical concerns that will help you understand this common occurrence. Keep reading to learn how to safely blow a fuse and save yourself from major inconvenience. Even if you think you’ve blown a fuse, it’s still possible to reset the circuit breaker.

How To Blow A Fuse

Learning how to replace a blown fuse is an easy do-it-yourself project that can be a great way to save money and do some DIY home repairs. Fortunately, repairing a blown fuse is not as difficult as you might think, provided that you have the right information and electrical safety savvy. Before you begin, get familiar with your electrical panel and the different types of fuses. Then, follow these steps to replace the blown fuse.

First, shut off all lights and unplug any electrical appliances. This is an essential safety measure because leaving plugged in large appliances could cause a circuit overload.

Can you blow out a fuse in your house?

When a house’s wiring is old, blown fuses can be a sign of a bigger problem. These fuses usually blow because of overloaded circuits. This problem can be solved by upgrading your wiring or moving high-energy appliances to lower the demand. A professional electrician can determine the electrical demand of your home and fix the problem before it gets out of control. You can also learn how to conserve energy in your home to avoid future blown fuses.

First, you need to understand what a fuse is. A fuse is a round, electrically conductive object that screws into a socket. Fuse boxes should be labeled, so you can easily identify when one has blown. When a fuse is blown, power is interrupted in one room. This can happen when a device or appliance has been plugged into that room, causing the fuse to blow.

What happens if you blow a fuse?

Blown fuses are caused by an overloaded electrical circuit. These fuses can be repaired by upgrading the wiring or moving high-energy appliances. A licensed electrician can assess the electrical needs of your home and recommend solutions. In the meantime, proper usage of electricity can help prevent future fuses from blowing. When you blow a fuse, it is important to remove all electrical appliances and devices from the circuit.

Fuse types are based on the voltage they are designed to handle. Low-voltage fuses will melt into two metal balls, while higher-voltage fuses are made with a thick layer of metal or oxides. They do not contain a glass envelope, and their voltage is limited to about 32V. Regardless of its type, it is important to avoid fuses with high-voltage ratings.

While this problem can be very frustrating, it is often easy to solve. A blown fuse is usually an easy repair at home if you know how to do it. It only requires a trip to the hardware store and some basic knowledge of electrical components. Luckily, most fuses are easy to replace. To avoid a potentially hazardous situation, remember to always wear rubber-soled shoes and avoid touching any electrical appliances.

How do I know if I blew a fuse?

There are several ways to identify a blown fuse. First, you can look at the fuse box. You may see a small translucent component that houses a wire and connects to the other side of the box with two metal “prongs.” Look closely. If the wire is severed, you’ve blown a fuse. In some cases, you may be able to see the wire from the top of the fuse, so you can test it without opening the box.

Next, you need to find the blown fuse. The gray fuse box is typically located in a basement, utility room, or garage. Check the fuses with a flashlight and inspect them for burn marks, melted wires, or discolored glass. If a fuse is blown, you need to replace it as soon as possible. If the fuse isn’t labeled, you’ll need to find a new one or call an electrician. The electrician can replace the blown fuse for you by using a special tone tool to trace the lines, so you can be sure that you’ve got the right fuse for the circuit.

How do you blow a fuse without a multimeter?

If you have a multimeter, you can use its resistance range to figure out whether the fuse is blown. You should set the meter’s range to 200 ohms and connect the probe to both the black and red points on the fuse. A low reading means that the fuse is good, and an infinite reading means that it is blown. If you get an intermediate reading, which is several ohms, you have a bad contact.

If you do not own a multimeter, you can use a flashlight and a wire to test a fuse. To test a fuse without a multimeter, remove the fuse from the circuit and place the wire between the fuses’ metal contacts. If the fuses do not light up, you can simply replace the fuse with another one of the same rating. Obviously, this is not the best idea, but it is safe and will save you from potentially hazardous situations.

What makes a fuse blow?

If you’ve ever asked yourself, “What makes a fuse blow?” you’re not alone. Many homeowners have problems with blown fuses. The most common cause is a circuit overload, and the solution is simple: move some high-demand appliances to another circuit. Other times, a blown fuse is the result of old, hidden wiring in the home. In either case, you’ll need the help of a licensed electrician. Fuseman is a 24-hour electrical services company that specializes in these types of issues.

A fuse’s rating describes the voltage at which it will blow. For example, a fuse rated for 250 volts at 5 amps will blow when the voltage reaches that value. Fuses have been classified thousands of times throughout history, and many different types of fuses are used. They’re often grouped by their voltage ratings and even their speed. Listed below are some common types of fuses.

What causes a fuse to trip?

If your home electrical circuits have a blown or tripped fuse, you may want to consider getting a new one. Fuse boxes are usually located outside of the house near the electric meter box. If you suspect that your fuse has blown, do not attempt to repair the tripped fuse on your own. Instead, contact a professional electrician to check out your wiring and fuse box for problems. A blown fuse can lead to significant damage, so you should take safety precautions.

A tripped or blown fuse has melted metal inside. The glass may be discolored or have burn marks. The tripped circuit will also have flipped switches. To determine whether a circuit is tripped, check to see if any other electrical appliances are connected to it. The circuit may be overloaded, causing a fire. To determine whether your fuse was blown or tripped, follow these tips.

Can Blowing a fuse cause a fire?

Blown fuses can be a common household repair that can put your home at risk of a fire. They will break the power to the appliance or section of your house they’re plugged into. Sometimes, a blown fuse is caused by too many lights or plug-in appliances. If this is the case, you should replace the fuse with a different one of the same amperage to prevent a fire.

Overloading a circuit is one of the most common reasons for a blown fuse. When two or more appliances are overloaded, the circuit breaker will trip and shut off the power. A hair dryer, vacuum, and microwave all consume a great deal of energy, so you should unplug them when they’re not in use. It’s also possible that you used a fuse with the wrong amperage, which is also a fire hazard. Fuse fittings are also a common cause of blown fuses.

Can Water Cause a Fuse to Blow?

Can water cause a fuse to blow? Yes, it can. But before you can figure out why it happened, you must first understand how water can damage your electrical system. A short circuit occurs when a hot wire in a system touches the neutral or grounding pathway. This may be caused by a faulty electrical component or a loose wire connection. Other reasons may be an internal wiring problem in the appliance. Other causes may be a mis-wired lamp or rodents in the walls.

If you think the fuse has blown, make sure you have the right one. Fuse sizes differ greatly, and it is dangerous to switch the wrong one. Always call a professional for a proper diagnosis. The correct fuse size is important to prevent fires caused by a blown fuse. Using the wrong type of fuse can cause extensive damage. Water can also short circuit wiring and erode wires.

If you’re not sure what to do, try labeling the circuits in your home so you can easily identify which circuits have blown fuses. Another simple way to identify which circuits are faulty is to label them. Also, don’t block access to the fuse box by closing it, and keep a flashlight nearby. These simple tips should help you avoid a disaster involving your electric supply.

How to Trip a Fuse Box Safely

Before you try to reset a circuit breaker, you must know how to do so safely. First, make sure you’re not too close to any electrical conductors, such as a breaker or electrical outlet. Watch for sparks and never face a breaker directly. Also, you should make sure that the panel is free of moisture. The circuit breaker may fail to trip for many reasons.

If the box is old and in bad condition, you may want to consider replacing it. A new one is more modern and meets the latest safety regulations. Also, it’s important to remember that you should always consult a registered electrician if you’re planning on installing a new fuse box. When a consumer unit covers switches, it indicates that one or more of them have tripped. A faulty appliance may also be responsible for a tripped fuse.

A circuit breaker is an electromagnetic switch that controls the amount of electricity that goes to a circuit. Once it trips, it turns off the electricity. Resetting it can help you prevent a repeat power outage. It’s also safer and more convenient than a fuse, so it’s important to understand how to reset a circuit breaker. And when you’re ready to replace a circuit breaker, remember to always check the amperage of the new one. Remember that a 20-amp fuse can pull too much power, resulting in a fire.

To see more on the fuses we offer Click here.

Link Is Used In Which Wire