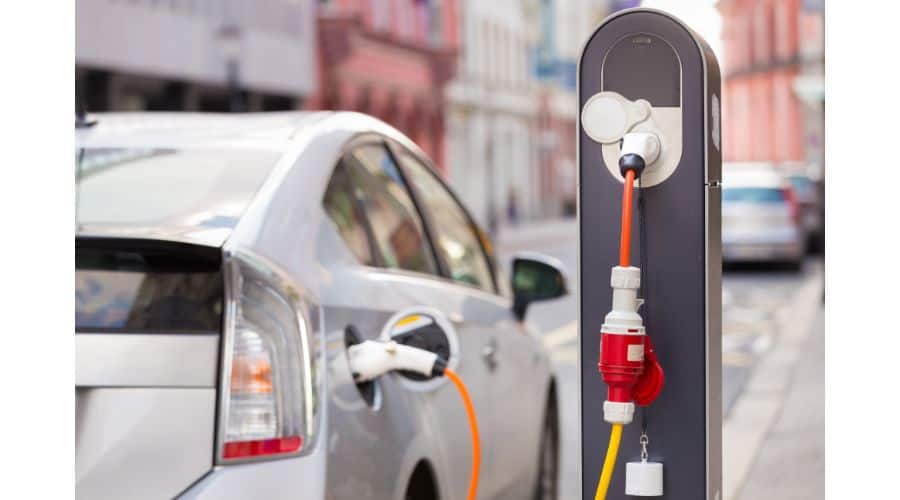 How Many Watts To Charge An Electric Car? So you want to know how much current an electric car needs? Or how much watts does an EV need to recharge? Luckily, the answer to both of these questions is relatively straightforward. The basic answer is around 50 kW. This is enough to pump 50 kWh into your car’s battery in one hour. However, you should be aware that a 50 kW charger must be running at its maximum power for the entire hour to do this.

How Many Watts To Charge An Electric Car

Electric cars use a lot of energy to charge themselves, and the amount you use depends on a few factors. The type of battery you have, how many miles you drive, and how often you charge depends on the amount of energy you consume. If you drive about 14,000 miles per year, you’ll use about 408 kilowatt-hours of electricity per month to charge your car. But there are ways to cut down on your electricity use and still keep your car running.

One way to save energy is to use solar panels for charging your electric car. While this might seem like a great idea, it’s important to realize that solar panels can only produce 50 watt-hours of power per hour. In contrast, a standard 120-volt electrical outlet can produce about 1400 watts per hour. Hence, a full solar charge of your car would take 350 hours to reach its full capacity.

How many watts does it take to charge an EV car?

Charging an EV can be expensive, though. The price of electricity depends on the time of day and the cost per kWh. For a typical 40-kWh recharge, a car owner will spend about $7.20. To calculate the cost per kilowatt-hour, multiply the total kilowatt-hours required by the number of miles driven.

The amount of energy required for a full charge varies by model, and depends on the charging speed. At a low state of charge, an EV’s battery will charge at the maximum rate, while at full charge, the rate will slow down. So, although 50 kW of power is sufficient for an hour, it’s unlikely to be available continuously for an hour.

How much current does it take to charge an electri

There are many factors that determine how long it takes to charge an electric car. Some of these factors are temperature, charging time, and charging station power rate. Charging a car at a lower power rate can affect its efficiency and increase charging times. Another factor is battery size. A large battery takes longer to charge than a small battery.

The battery size of EVs has ballooned to unfathomable heights, and this plays a major role in charging time. It takes a lot longer to fill an 85-gallon barrel than a 55-gallon one. EV batteries in some models can exceed 250 kWh. A typical Lucid Air Grand Touring battery has about 112 kWh.

How many watts does it take to power a car?

The amount of energy required to run an electric car depends on several factors, including the weight of the vehicle, the size of its motors, and the amount of acceleration it can handle. Generally, an electric car will require about 25 kilowatt hours or KWH to travel 100 miles. However, this will vary according to the conditions of driving and the terrain.

An average modern solar panel can generate 350 watts under full sunlight. If you’re a Florida resident, a single panel will produce about one kWh of electricity a day. However, a Tesla Model 3 requires five to seven 350-watt solar panels to be fully charged, while a Porsche Taycan 4S requires 10 panels to drive 40 miles.

Does it take a lot of power to charge an electric car?

An electric car’s battery contains a considerable amount of energy. This energy is measured in kilowatts or watts. One kilowatt equals one thousand watts. Similarly, a kilowatt-hour is equivalent to the energy used in one hour. Chargers for electric cars are rated according to their power output, which is measured in kilowatts (kW). The higher the wattage, the longer the charging time will take.

The cost of electricity varies widely, depending on the region and time of year. The average electric car user uses about 408 kilowatt-hours per month to recharge. In order to reduce the amount of power used, an EV driver can install solar panels.

Installing charging infrastructure is costly. However, this cost is offset by the rebates and tax credits that are offered by states. In addition to these, incentives may be offered by the utility company or local city. If you are interested in buying an electric car, you should research the state’s incentives for electric vehicles.

Is it cheaper to charge EV at home?

The answer to the question: “Is it cheaper to charge an electric car at your home?” depends on many variables, including the type of EV and its location. Charging a car at home is generally cheaper than refueling it with gasoline. In addition, the cost of electricity varies depending on time of day and region.

However, installing a charging station can be expensive. It can cost from $300 to $1000, depending on the type and distance from your electrical panel. In addition, you may need to hire an electrician to install it. Charging at home, though, can take anywhere from eight to forty hours, depending on the size of your battery.

Electricity costs vary significantly depending on what time of day you choose to charge your EV. Many EV owners prefer to charge overnight, when prices are lower than during peak daytime hours. Even though you will need to pay higher energy rates in the morning, you will save money in the long run by charging your EV at night.

What size breaker do you need for electric car charger?

When you install a Level 2 electric car charger in your home, you need to find out the proper breaker size. This is important because the National Electrical Code requires your circuit to be at least 25 percent larger than your charging device’s amperage. While most breaker panels can handle this, you should still consult a licensed electrician for assistance.

The size of the breaker you will need for your Tesla charger will depend on the amount of power it needs to charge your electric car. A Tesla charger can use up to 60 amps. However, most drivers stay in the 50-60 amp range. If you’re unsure, visit the Tesla website to find out more.

When installing a Level-2 electric car charger, you’ll need to buy a NEMA 14-50 breaker that is capable of supporting the current draw of the charger. It should also have a GFCI breaker. This type of breaker protects the user from shocks and is essential for the safety of both homeowners and EV drivers.

How much extra does it cost to charge an electric car?

The cost of charging an electric vehicle depends on many factors. The size and weight of the battery, its range and type of charger all contribute to the cost. You should also consider your energy tariff and the efficiency of your charging station. If you do not plan to charge your car all the time, consider using an EV charging app to reduce your costs. This can also help you plan your route to minimize the cost.

The cost of charging an electric vehicle is about half the price of a conventional gasoline vehicle. This cost varies depending on your driving style, the size of your battery and where you live. Typically, it costs around 13 cents per kilowatt-hour in the U.S., and that’s less than half the national average. Because EV charging costs vary by location, you may find that your home charging network is cheaper than a public charging station. However, you should be aware that the cost of a charging station can be higher than the cost of gasoline.

How Long Does it Take to Charge an Electric Car on 220?

Charging an EV isn’t as quick as you might think, but it is still faster than filling a gas-powered car’s fuel tank. The amount of time required to charge a vehicle varies based on the size of its battery and its charging point, but the process is generally similar.

Before you start charging your EV, it is important to understand its true range. Be aware that extreme weather can negatively impact the range of your vehicle. Also, don’t forget that the range is lower in cold weather. You should find a charger in your area or find one near your work. Moreover, make sure you know how to schedule charging times.

It can take anywhere from 3 to 6 hours to charge an electric car. The charge time may also be longer in colder weather. The charging equipment requires a 220V AC plug. Besides a home charger, you may also need to install charging equipment in public areas. There are two common types of fast connectors: tethered Type 1 socket and a Type 2 socket.

While charging an EV using a 220V source is a great option, there are a number of factors that can affect the time required. The type of charging equipment you use, how much power you need to put in your car, and your location will all play a role in the time required.

How Much Electricity Does a Tesla Charger Use?

A Tesla charger pulls varying amounts of electrical current through a 240 volt circuit. This enables it to charge your car at speeds of up to 52 miles per hour. The most common Tesla chargers draw between 3.3 and 17 kW. However, the actual rate of use will differ depending on your driving style and the state of charge.

The charging rate for a Tesla supercharger varies depending on the time of day. In general, you’ll be charged based on the kilowatt-hours that you add to your car, multiplied by the price per kilowatt-hour. The Tesla charger will show a running total on the charging screen.

The Tesla Model 3 uses approximately 85 watts of electricity when it is on the road, which is significantly less than the electricity used by a typical passenger car. This means that you can charge the car for less than one-third of what you’d pay for a gallon of gas.

Can An Electric Car Jump Start A Gas Car