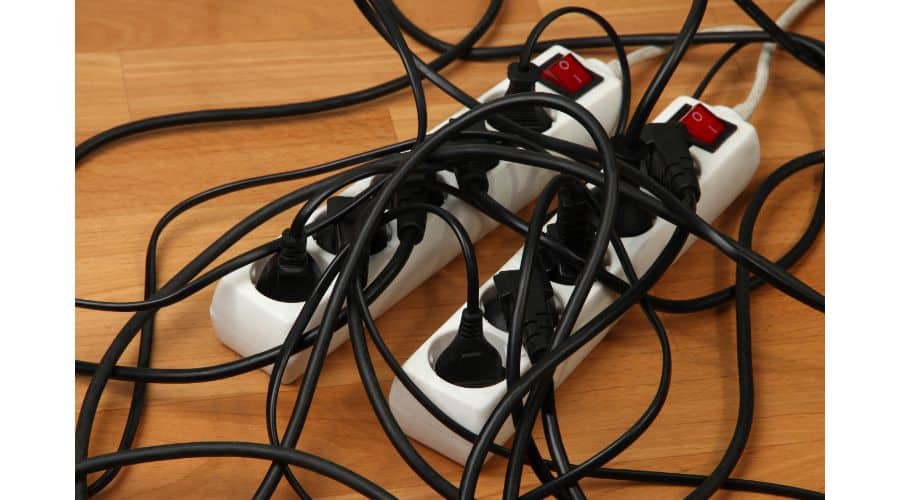 How Many Watts Can 20 Amps Handle

A 20 amp circuit can support up to 2,400 watts of power. However, it is not recommended to overload this circuit. The safest load is 1,920 watts. Putting a lot of power on a single circuit can cause damage to the wiring and increase the risk of a fire.

It is advisable to use a dedicated circuit for heavy-duty appliances, which are typically in the 20-amp range. Dedicated circuits are required by the National Electrical Code for appliances that draw high amounts of power. Examples include air conditioners, washing machines, and electric water heaters. You can identify dedicated circuits by their breaker handles.

Many households have a lot of electrical appliances, some of which need their own circuit. Some of them are motorized and require their own circuit, while others are not. Many new homeowners have questions about electrical circuits. In most cases, a 20 amp circuit will easily accommodate up to ten different devices.

What is the maximum wattage for a 20 amp circuit?

There are several different kinds of electrical circuits in a home. Some circuits are dedicated to specific appliances, such as air conditioners or electric water heaters. Others are shared by a large number of appliances. If your appliances draw a large amount of current, you should get a separate circuit for them. The NEC recommends a minimum load per circuit to prevent overloading and fires. Combined with outlets, lighting can help balance the load distribution on a circuit, preventing the heavier ones from being overloaded.

The National Electrical Code (NEC) does not limit the number of outlets on a 20-amp circuit, but it does require that the breaker handle 80% or less of the rated load. This allows the circuit breaker to handle temporary surges, without overloading the circuit.

The maximum wattage of a 20 amp circuit depends on the type of appliances and their load. Ceiling fans are the most common electrical appliances in a home, and their wattage increases with size. A 20-amp circuit can run as many as 25 ceiling fans, but it is important to use a circuit breaker for safety reasons.

When planning the electrical layout of your home, you should plan for how many devices you can use on a 20 amp circuit. This way, you’ll have an even distribution of power and won’t overload the circuit, resulting in a tripped breaker. Additionally, you should plan how many outlets you’ll need in each room. Having more outlets in each room than you need will result in overheating of the wires, which can cause a tripped breaker and a fire hazard.

Ideally, you’d want to have no more than ten outlets on each circuit. This way, you won’t exceed the 80 percent capacity rule for residential electrical wiring. However, there’s one important caveat: some appliances and power tools can create a temporary power surge. This surge shouldn’t be a cause for alarm if you’re using the 80% rule.

Remember to check the electrical code in your state to determine the electrical code for your area. If you live in a state with strict building codes, you should ensure that you have outlets with sufficient power levels. The National Electrical Code (NEC) recommends which outlets you should have on a 20 amp circuit. You can also check your local building codes to determine what kind of outlets are allowed on your circuit.

You can divide the wattage of the holiday lights by the voltage of the household in your area. For example, if you have 20 50-watt lights, you’d need a circuit that can handle a total load of two thousand watts. Using 20A circuits will allow you to safely use holiday lights at home. However, remember that you shouldn’t overload a 20 amp circuit with more than two thousand watts of lighting.

To determine if a 20 amp circuit breaker can handle two thousand watts of electrical load, you must check the NEC’s rules for circuit breaker load. The NEC recommends a load limit of 80%. A twenty amp circuit should not draw more than 16 amps if you’re not using high-powered appliances, but if you’re using a light bulb with a different wattage, you need to make sure that the circuit breaker is rated for that amount.

To use a 20 amp breaker for 240 volts, you must make sure that the wiring on the circuit is 12-gauge or bigger. The breaker should be able to accommodate up to 2,400 watts. You should never overload your 20-amp circuit with more than 80 percent of its rated load.

One way to calculate the amount of power your appliances will use is to calculate their electrical demands. For example, a large microwave oven can draw 1,200-1,500 watts. For a 20-amp circuit, this is equal to 2,400 watts of power. A one-horsepower garbage disposer, on the other hand, draws about seven amps.

If you’ve got a 6000 watt appliance, you’ll probably need a breaker that can handle the wattage. However, you shouldn’t rely on wattage alone to determine the right size breaker. You can convert wattage into amps by dividing it by the voltage.

Is 20 amps enough for a house?

To answer the question, “Is 20 amps enough for a house?” you need to look at your home’s electrical system and the types of outlets and receptacles you need. Most household appliances and receptacles are 15-amps or less. It’s important to choose the right circuit breaker for your house, and to work with a licensed electrician to ensure your safety.

Before choosing the right electrical outlets, make sure you check the national and local electrical codes. Also, consider the type of plugs. For instance, 20 amp outlets and 15-amp ones look the same, but a 20-amp outlet has a T-shaped plug hole while a 15-amp outlet only has two standard holes.

If you only need outlets in two bedrooms, a 20-amp circuit should be sufficient. But if you have a dishwasher or an electric stove, you will need to purchase special outlets for these items. Even if you only use 20 amps for these appliances, they may still cause damage if they overheat or use too much power. Therefore, it’s a good idea to divide the outlets in the kitchen in order to achieve a more balanced electrical load.

You can also use a power factor to calculate how much power 3000 watts produces. The power factor (PF) of an electrical system is a quotient of real power divided by apparent power, which is between 0 and one. Using a power factor chart can help you avoid wasting electricity.

If you’re working with 240-volt circuits, 3000 watts x 100 ohms means 12.5 amps, which is about 80 percent of a fifteen-amp circuit. If you want to increase the output of your equipment, you can double the voltage, or buy larger amps. For example, if you want to install a new kitchen sink, you can replace your current 15-amp breaker with a 20-amp one. This will allow more amps to flow through the same wire, but it will probably cause a fire. That’s why we recommend installing circuit breakers that will last for years.

In order to figure out the actual amps, you must first understand what is the electrical demand of a particular appliance. For example, a large microwave oven can use as much as 1,200 to 1,500 watts. In the same way, a large 1 hp garbage disposal uses around seven amps.

A 1500 watt heater will consume approximately 12.5 amps when set on the highest setting. This is a pretty reasonable figure, but there are some things to consider before connecting a 1500 watt heater to your circuit. Typically, 15 amp circuits can support only a few appliances on a single circuit. If you need a higher capacity circuit, then go for a 20-amp circuit breaker.

Do Solar Panels Work at Night

When Is Conduit Required For Electrical

How to remove push in wire connectors