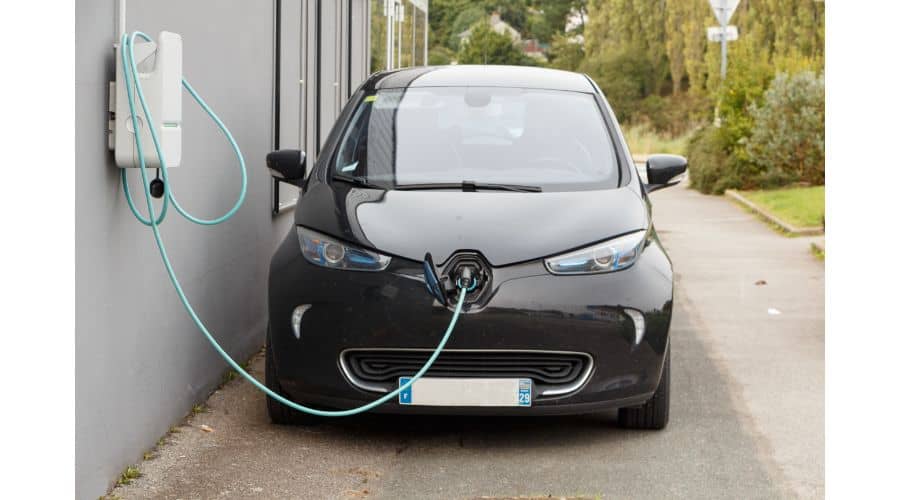 As more people switch to electric cars, the voltages of the batteries will increase. These higher voltages come from the need to transfer more energy with lower loss. New electric cars have a greater range and therefore greater power demands, so a higher voltage means the car can move more power in the same amount of time.

Electric vehicles typically run on a battery pack with between 400 to 800 volts. However, some EV variants can travel at more than 800 volts. The higher the voltage, the smoother the ride.

What voltage do electric cars use?

The automotive industry is moving toward an 800-volt architecture for its electrical systems. This could make electric cars more competitive and eventually replace combustion vehicles. However, higher-voltage systems have limitations that make them heavy and require higher charging times. To meet these challenges, charging infrastructure will have to keep up with the increasing number of high-voltage subsystems in vehicles. Moreover, the new 800-volt system will require higher voltage ratings and isolation between subsystems.

The higher the voltage, the longer the vehicle’s range will be. Currently, most electric vehicles operate at 400 volts. However, some manufacturers are planning to introduce EVs with 800 V drive systems in the future. This is because higher voltages can supply the same amount of power with less current and, in theory, more range.

What voltage are Tesla electric cars?

The battery in a Tesla electric car is 400 volts and is made up of 16 modules and six groups of 86 cells. Tesla works with Panasonic to create the cells for their batteries. They produce about 850 million cells annually in their Gigafactory. They also use Panasonic nickel cobalt aluminum oxide batteries that are optimized for automotive applications.

The voltage in an electric car can be changed to increase power and speed. One way to do this is to replace the existing battery pack with one that has a higher voltage. However, this option may result in a heavier car. Another way to increase the power of an electric car is to install a higher-power motor. The higher the power of the motor, the more torque it will produce, and the faster it will go.

The voltage in an electric car is important because it determines the amount of power it has. A low-voltage car will not be powerful enough to climb a hill, while a high-voltage car may use more electricity and have a lower range. The voltage is also important for charging the battery and determining the speed of charging.

Do electric cars run on AC or DC?

An electric vehicle (EV) uses one of two types of motors: AC and DC. AC motors operate at a higher voltage, while DC motors operate at a lower voltage. Both types of motors deliver power, but AC motors have a lower cost per watt. They can also be overdriven, which means that they can generate five times as much horsepower as their DC counterparts.

Electricity arrives to your home as alternating current (AC). This type of current has a north/south polarity and alternates 60 times per second. In the United States, this AC is 110 volts, while in other countries, the AC frequency is 50 Hz. Electric motors need alternating current to spin, otherwise the magnets would lock together.

The AC-DC converter that EVs use is a key component of their power supply. This converter converts the alternating current (AC) into direct current (DC). While most electric vehicles use AC power, some EVs have an AC/DC converter built into the charger.

Unlike 110-volt chargers, which are slow, a 220-volt charger can recharge an electric car within a couple of hours. 110-volt outlets are designed for appliances like a tv, toaster, and video game consoles. Using a 110-volt outlet, you can run up to fifty toasters at the same time.

The time it takes to charge an electric vehicle depends on a number of factors. The length of the charging cable, the size of the battery, and the power source can all influence the charging time. Other factors affecting charging time include ambient conditions. Extremely cold or hot weather can add a considerable amount of time to the process.

A 110-volt charger will take several hours to fully recharge an electric car. Although this may be fine for those who don’t drive a lot or who have plenty of time between usages, 110-volt chargers are very inefficient.

You may have a 220V outlet at home and would like to charge your Tesla. This is a good idea, but you will need to use an appropriate extension cord. While it will be slower than using a standard 110V outlet, your Tesla will still charge. However, you may notice a small increase in your electric bill. This will depend on your driving habits and the electricity rates in your area.

It is important to note that most public charging locations are level two or higher. Tesla has its own special connector, so it isn’t compatible with the 120V type of chargers. However, you can use a J1772 adapter to use non-Tesla charging equipment. A 120V outlet will charge your Tesla at about three miles per hour.|

Is Tesla Charged With AC Or DC?

Generally speaking, Teslas are charged with AC. The AC is converted to DC by the charger. The DC portion is then used to recharge the car’s battery. However, the efficiency of charging an EV battery drops as the battery size increases. The chargers also use heat to precondition the battery.

Combined Charging Systems (CCS) have become the standard for charging electric cars. In the United States and Canada, this is the preferred way. In Europe, it is mandatory. Type 1 plugs are being phased out by 2020.

An electric motor is a type of motor that uses alternating current to generate motion. This means that a high-voltage current flows through a copper rotor and induces a rotating magnetic field. This current then passes through the gears and turns the tires. The rotor spins faster than the stator because of the torque that the motor creates. This action also recharges the battery.

In the early days of electric cars, DC motors were used. Their torque was very high when the car was standing still, but it dropped as the car went up a hill. Fortunately, DC motors are still powerful enough to propel cars up hills. While they may not be as efficient as AC motors, they are still the most efficient option for electric cars.

Another advantage of AC motors over DC motors is that they can return braking energy to the batteries. As an added bonus, they also require less maintenance and reliability. EVs’ range is directly related to the efficiency of their motors. The greater the efficiency of the electric motor, the larger the battery must be, and the more the weight the car must carry.

A DC motor produces variable resistance and requires variable RMF. This requires a voltage source. Generally, DC motors are cheaper to produce and maintain, but are more difficult to build than AC ones. The onboard charger converts AC to DC and sends it to the battery. This process is also carried out at rapid charging stations. This process requires a much larger amount of space than AC electricity outlets.