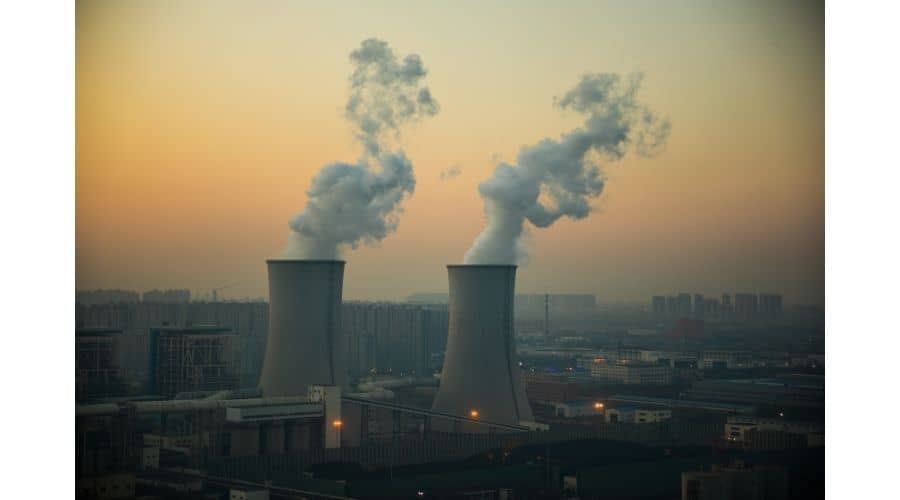 Do electricity generate heat? Are there loose connections that lead to heat from electricity? These are just a few of the questions you might have when deciding to go green with electricity.

Electricity can generate heat from arcing an loose connections. This is know as heat you do no want to generate because it will lead into problems with your electrical system. On the other hand heat is generated from resistance in the circuit which is how an electric heater works.

Heat is created during electrical activity. As electrical current flows through a conductor, electrons in one region of the conductor move to the other region, reducing the potential energy of the latter. The energy of the electrons that were not transferred to the far end of the conductor is converted into kinetic energy. This energy is then converted to heat. The energy that was previously lost is then converted back to potential energy. This process occurs throughout all forms of electricity.

How Does Electricity Generate Heat?

To create an electrical circuit, electrons must be accelerated from one side of the metal to the other. The higher the temperature difference, the higher the resistance of the circuit, and the higher the electric current. Eventually, this current will change into heat energy, which can be used to generate electricity. This process is also known as the Seebeck effect. Electricity can be converted into heat, so long as it is placed in an appropriate space.

Thermoelectrics are devices that turn heat into an electric current. These devices have a hot side and a cool side. The heat in the semiconductors pushes electrical charges. When the hot side warms up, the cool side will stop the electricity flow. The ability to prevent this from happening is what makes thermoelectrics so valuable. This process also creates a figure of merit. When considering heat and electricity generation, it’s important to understand how they are generated.

Can Electricity Cause Heat By Arcing?

Arcing is a dangerous condition in which electric currents jump from a low voltage to a high voltage. Electricity can also cause heat by arcing if it is conducted through water or moisture. Arcing occurs when stray currents flow through a wet path, causing electrochemical reactions and electrical arcing. In addition, stray currents can make electrical equipment break down, resulting in dryness and little or no current flow through the path. Once the moisture is restored, the heating stops. However, if a direct current situation is present, deposits may form on the electrical pathway. If the conditions are right, an energetic arc through these deposits can cause a fire.

Electricity can create arcs at any connection. Arcing can produce a sizzling, crackling sound. When this happens, the arc will result in a high temperature – 35,000 degrees Fahrenheit – which can burn through insulation surrounding the wires and heat up wood framing inside the home. Two types of arcs can form: direct current and alternating current. Direct current arcs are fed by a voltage of about 100 to 300 volts, while alternating current arcs need to be fed by the mains voltage ac supply.

Does Electricity cause Heat From Loose Connections?

Does electricity cause heat from loose connections? The answer to this question depends on how the wires are connected. Loose connections have higher resistance than tight connections, which means the current flowing through them will experience a decrease in voltage. This drop in voltage will dissipate as heat, which is proportional to the current flowing in the circuit. This build-up of heat can result in fires and electric shocks. To avoid electrical fires, it is important to properly wire electrical connections.

Most electrical fires are caused by heat generated by loose connections. To prevent this problem, make sure that the wires are connected tightly, using screws and other devices. When the connections are tight, electricity will flow with minimal resistance. When the connections are loose, however, the resistance increases, causing the heat to build up. In some cases, the wiring can become so badly damaged that the fire can spread quickly. Loose connections can also result in electricity arcing, which can cause a house fire.

A heat energy to electrical conversion device is a type of electronic circuitry that converts mechanical energy into electrical energy. The latter is then used to generate heat energy. The conversion device’s basic concept is that the output of a machine must equal the input. However, there are several ways to convert electrical energy to heat. One way to do so is to use a lamp to demonstrate the process. When you turn on the bulb, the electricity from the light source is converted into heat energy, while the heat energy in the light bulbs is converted into light.

In addition to the above, thermoelectric generators may be used to recharge electronic devices. A recent MIT paper demonstrates how such a device can improve thermoelectric generators by up to four times in theory. The device could be installed on the hoods of automobiles or power plants. One MIT spin-off company, MTPV, is working on commercializing Hagelstein’s ideas. While body heat and electronic devices will be decades away from becoming a reality, the technology is already a step toward achieving widespread use.

Most efficient way to convert heat to electricity?

Generally, heat sources should be analyzed separately, and then compared to each other. While 90% efficiency is out of the question with current methods, some interesting technologies are being investigated. Those technologies may yield higher than 70% efficiency. Hybrid solutions show the most promise. In addition to converting heat to electricity, some heat sources may also be used to fuel electrolysis. Such a solution might be most suitable for home use.

Another form of thermoelectric generator is the Seebeck generator. This type of generator converts waste heat directly into electrical energy. It uses the Seebeck effect to convert heat. Thermoelectric generators are relatively more efficient than thermoelectric devices, but typically cost more and are not as efficient as the former. These generators work by capturing a temperature gradient between two metallic plates. The hot plate is heated by thermal conduction or incident light, causing electrons to evaporate from the plate’s surface.

Can we convert heat energy into electricity energy?

Can we convert heat energy into electricity energy? This is a problem researchers have been struggling with for years. A thermoelectronic generator uses heat energy to generate electricity. This heat energy may be from the sun, or it could be from burning fossil fuels. Researchers have been working on a practical thermionic generator for over 50 years. They have made progress in the field and hope to make their invention a reality in the near future.

How to turn electricity back on after disconnect