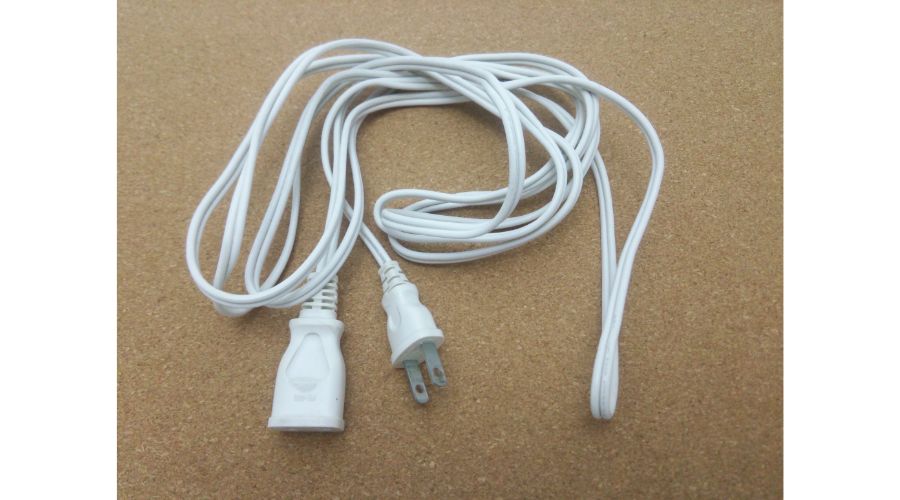 Installing a Ceiling Extension Cord is a great way to keep your floors tripping-safe. This type of cord retracts and easily coils up away when you are done using it. It is available in different styles and can be mounted on the wall or ceiling. The advantages of this type of cord include its easy installation, built-in LED status light, and three additional outlets.

Another benefit of ceiling-mounted extension cords is their ability to save space. Most of these cords have a bracket that allows them to retract to a compact size. This is especially helpful when you want to run your cord across multiple rooms. The bracket can also swivel on the X-axis and Y-axis.

The ReelWorks heavy-duty Extension Cord is made for power-hungry devices. It features a 12 gauge wire and a maximum capacity of 1,875 watts. The cord is also made of a durable thermoplastic material. This makes it resistant to harsh conditions. This extension cord also has a cord adjuster lock and spring-driver retraction mechanism. It is also ideal for mounting on high ceilings.

Can I run an extension cord in the ceiling?

While an extension cord can be extremely convenient in many cases, it should never be wired through walls or ceilings. Doing so will result in increased contact between the cord and the home, and the cord may get caught and catch fire. To prevent this, always make sure that you only use extension cords for temporary purposes.

There are several different reasons why you cannot run an extension cord in the ceiling. One of the primary reasons is safety. If the power cord is in a room that has a suspended ceiling, it should be flush with the ceiling. Additionally, an extension cord in a suspended ceiling should be visible at all times. If it is not visible at all times, it could be in danger of being chewed by rats, which can be dangerous.

Another reason why you shouldn’t run an extension cord in the ceiling is that it poses a hazard to electrical wiring. When the cord is exposed, it can be a tripping hazard. The cord is also prone to overheating, so it’s not advisable to place it near a hot area.

How do you attach an extension cord to a ceiling?

When putting an extension cord in a ceiling, you have to keep certain things in mind. For instance, you should never attach the cord to the ceiling with staples or nails. These tools can puncture the insulation of the cord and increase the risk of fire. Also, you must choose a type of cord that has GFCI protection against power surges. This type of cord has an electronic device that can detect the occurrence of unusual electric flow and cuts off power to your appliances.

Can I run an extension cord in the attic?

It’s possible to run an extension cord in the attic, but it’s probably not a good idea. Wires in the attic can get very hot, and they’re also prone to fire. Fortunately, there are ways to avoid this potential hazard. First, don’t run the cords on walls and other building surfaces. Also, don’t attach extension cords to the attic’s insulation.

Another potential electrical hazard is overloading. A common example of this problem is running extension cords above a suspended ceiling. This is particularly common in meeting rooms and other ceiling-mounted electrical equipment. Additionally, flexible cords shouldn’t replace fixed wiring, and they shouldn’t be run through holes in ceilings, walls, or structural ceilings.

How do retractable extension cords work?

Retractable extension cords have a number of advantages over traditional cords. For one, they prevent trip hazards by avoiding loose wires. Additionally, because they don’t require the use of a plug, they can be attached to walls or ceilings. Retractable cords can be purchased in several different styles, including recessed and non-recessed models.

The main mechanism behind retractable ceiling extension cords is a steel torsional spring that provides the force needed to retract the cord. The retractable cord spool is also equipped with a ratcheting mechanism that allows the spool to lock in different rotational configurations. The mechanism consists of a spring-loaded pawl and a gear with teeth on two-thirds of its circumference. The pawl slips onto the gear’s teeth in one direction and allows the cord to retract freely in the other direction.

A retractable ceiling extension cord has multiple outlets that can provide power for various electronic devices. While most models include three outlets, some have four outlets. You should always check the cord’s specifications to ensure that it is capable of powering the devices you’re installing.

Can you put extension cord behind drywall?

When it comes to securing an extension cord to the wall, there are several options available. Some options include using cord clips, drywall anchors, or drywall glue. However, be careful not to use staples or nails, which can damage the wiring. Also, hiding the cord behind the drywall can make your electronic setup look cleaner and neater.

One alternative is to hide the cord with a cable cover. These are available for $14 and come with paintable backing. These covers can be painted to match the rest of the wall or match your existing paint. However, be aware of pipes in the wall. Before you begin, consult your house plans and see if any important pipes run through it.

If you must place the cord behind drywall, you must follow the National Electrical Code. Wiring extension cords through walls, ceilings, or under flooring is prohibited by the code. The code also states that flexible cords need ventilation so that heat doesn’t build up and damage the outer jacket. Furthermore, bare wires can spark and cause an electrical short, which can be fatal.

Is it safe to piggyback extension cords?

One of the main problems with piggybacking extension cords is that they might cause injury to other people. For example, if you’re working in an office cubicle, it might be tempting to plug the extension cord into the wall outlet next to the workstation. But this method may cause damage to the insulation, as well as your equipment.

The first step in piggybacking extension cords is to check the amperage of the power outlet that you’re using. This way, you can avoid overloading your extension cord. Overloading it can also cause it to overheat and cause a tripping hazard.

What is a retractable cord?

A retractable ceiling extension cord is a convenient device that hangs from your ceiling or wall. Its retractable design prevents tripping accidents caused by cords that are too long or short. These cords are made of heavy-duty materials to withstand a lot of use. Moreover, some retractable extension cords are equipped with multiple outlets and triple-tap cords. You can use these cords to charge up your laptop, coffeemaker, or even Christmas lights.

The retractable extension cord has a special reel that holds the entire length of the cord coiled around it. You can then connect it to a power source and unwind the cord to the length you need. Some retractable cords have a locking mechanism to prevent the cord from rolling back into the cord when not in use.

Some retractable extension cords come with a mounting bracket. Some are ceiling-mounted, while others are wall-mounted. The choice is mostly a matter of preference and accessibility.

How Do You Make a Retractable Extension Cord Reel?

The basic principle of a retractable extension cord reel is a steel torsional spring, which provides the force to retract the cord. It also features a ratcheting mechanism, which allows the spool to lock into various rotational configurations. The ratcheting mechanism consists of a gear and pawl, both of which are spring loaded. The gear has small teeth on two thirds of its circumference, while the pawl slips on the teeth in one direction. The free end of the cord can then retract fully, with the help of a stopper.

When choosing the right extension cord reel, you should consider its construction, which will determine the size and ease of use. Look for a durable base, which is rust-free, and one that features a handle for retracting the cord. A heavy reel may also be inconvenient to use, as it’s difficult to lift and carry it around.

Another advantage of a retractable cord reel is that it saves space. The compact, lightweight, and durable design means that you won’t have to keep a bunch of tangled extension cords around your home. They also feature a built-in outlet for convenient plug-in use. They are also great for keeping in a car or truck.

A retractable cord reel is made of durable polypropylene material. It can hold up to 150 feet of cord and has a sturdy metal frame. The retractable design makes it easy to store when not in use. Retracting the cord is easy with the crank handle attached to it. There is also a three-outlet adapter included with the unit. The good thing about retractable extension cord reels is that they are affordable and can serve many purposes.

How to Make Extension Cord Reels

Extension cord reels are handy tools that can be used for organizing and storing extension cords. They are usually short and can reach a nearby outlet. These devices are handy to have around the home, but they can also take up valuable toolbox space. To make them yourself, you can use scrap wood or plywood. If you’re handy with tools, you can even use scoop cuts to create reels.

If you don’t want to deal with tangled extension cords, you can invest in a retractable extension cord reel. These tools have two rotatable wheels that can store the entire length of extension cord. They can be easily swivelled 180 degrees, and they are also great for indoor use.

Cord reels can be made of plastic, fiberglass, stainless steel, or metal. The metal reels are designed for heavier cords and are often coated to prevent corrosion. Plastic reels are lightweight and are more common for indoor use. You can also get some models that are shock and vibration-resistant.

A good extension cord reel will not only protect your cords and extend their useful life, but will also prevent tangles. It also prevents tripping hazards. The UL stamp is usually located on the reel. Choosing a reel based on its UL certification will ensure that it meets safety standards. When choosing a cord reel, make sure it fits within your budget.

How Many Watts Is A Kettle