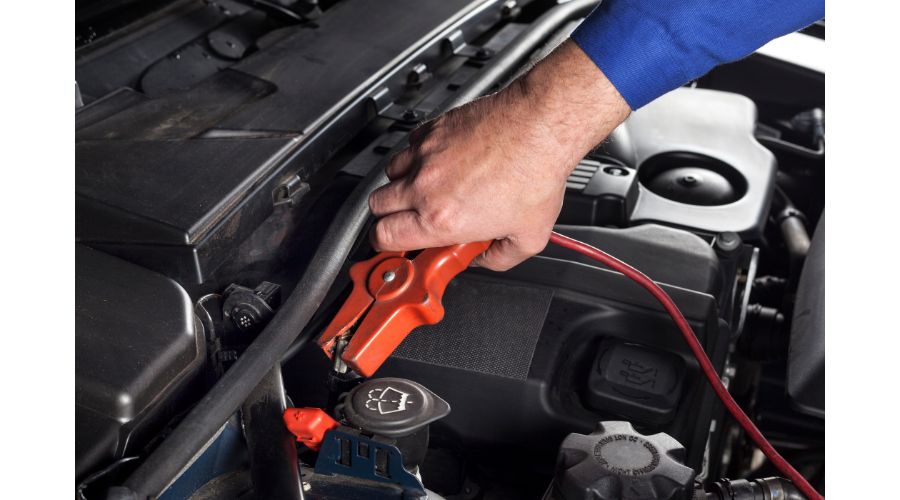 Can Jump Starting A Car Damage Your Alternator? Are you wondering if you can damage your alternator by jumping start your car? If your car’s battery has died, you might try to jump start it yourself. However, this might have harmful consequences for your car. Before you try it, you should first understand why jump starting your car can damage it.

Can Jump Starting A Car Damage Your Alternator

If you’re worried about damaging your alternator, you’re not alone. Many people wonder, “Can Jump Starting A Car Damage My Alternator?” There are a number of warning signs that can indicate that the process has gone wrong. These symptoms include a burnt-out smell and frayed wires. Frayed wires create electrical resistance and heat up as the alternator drives electricity through them. The battery light may also be illuminated, and your Check Engine light may come on. Lastly, the dashboard lights may be flickering, which indicates trouble with the alternator’s ability to supply power to changing loads.

While the procedure of jump starting a car is simple enough, it can cause your alternator to overheat. It is not recommended to run a car that has a dead battery for longer than 5 minutes. The alternator is not meant to serve as a battery charger for prolonged periods. To avoid damaging your alternator, you should leave the battery jumper in place on the dead battery for at least five minutes. This should be enough time for the battery to start. You should then drive the car to get the engine revs up and keep the engine cool.

Can Jump Starting A Car Damage Your Alternator-What can damage an alternator?

Depending on the circumstances, there are various causes for an alternator to fail. It is possible the battery is too old or the serpentine belt is stretched. Moreover, the alternator’s rotor and brushes wear out over time. In addition, the vehicle’s electrical accessories may not be properly adjusted to the battery terminals. Likewise, the car’s battery may be in storage for a long time. In these situations, a professional should replace the battery. Using a new battery will ensure that the alternator doesn’t break.

Incorrectly connecting the jumper cables can cause a big spark that can damage the alternator. It can also cause the fusible link to fail. The alternator can carry hundreds of amps if the jumper cables are improperly connected. Therefore, it’s important to understand the possible risks of this situation before you attempt to jump start a car.

Can Jump Starting A Car Damage Your Alternator-Can a dead battery damage an alternator?

When your car won’t start, you may have a dead battery or a damaged alternator. Jump starting your car can be a good solution to your car’s problem. The battery provides electricity to the starter, which then starts the car. After this, the alternator recharges the battery and completes the cycle.

It’s important to be aware of the risks associated with using a jump starter. It can overload the alternator or charge controller. The last thing you want is to damage your alternator by repeatedly trying to jump start it. If you are unsure about whether it is safe to jump start your car, check your owner’s manual.

An alternator is designed to charge batteries in parallel. . This is to prevent the alternator from overheating or melting. It is important to remember that the cables connecting the battery to the alternator should be protected by fuses.

Can you damage your car if you jumpstart it with a dead battery?

If you have a dead battery and want to jumpstart your car, you should not worry about damaging your alternator. You need to be cautious when you do this, however. Although it’s a noble act to help someone else in need, you may want to consider what type of damage can be caused. The best way to avoid damaging your alternator is to not use a jump starter unless it is absolutely necessary.

Before using a jump starter, you should always wear safety gear. You should also make sure that the jumper cables are properly connected. The cables can become overheated due to improper connections. The clamps can also get hot, melting solder. This can lead to the alternator becoming overheated and causing a problem.

What causes damage to car alternator?

When you jump start your car, you can cause damage to the alternator. This is a very dangerous situation for your car and may even damage your engine. Your car’s alternator is designed to only operate at a certain current for a limited amount of time. It will not run at its maximum current for more than ten minutes. It will also be capable of charging two batteries in parallel. In such cases, the alternator may produce a spike, known as a “load dump”. To avoid this issue, most alternators are designed with protection mechanisms. These include Zener diodes in the bridge and an additional suppressor on the positive terminal.

The symptoms of a failing alternator include dimmed headlights and flickering gauges. You may also notice an odd smell or growling sound under the hood. Even worse, your car might not start at all. This could mean that the alternator needs to be replaced.

How do you tell if its your alternator or your batttery?

If your car won’t crank and the headlights are not working, the problem could be your alternator. Other signs that your battery is dead include a check-engine light or an unevenly dimmed headlight. It is also important to check the other lights in your car, including dashboard and interior lights.

Alternators should be able to supply about 13 to 14.5 volts. If the alternator is not providing this level, your car might need a battery replacement. Check the alternator and battery before jump starting your car.

How long will a car run with a dead alternator?

A dead alternator can be a serious issue. It can cause a car to start slowly or even stall. It can also lead to the radio going off randomly, dashboard lights looking dim, or a burning smell. Regardless of the cause, it is imperative to address the issue as soon as possible.

Typically, a car’s alternator should last between 80,000 and 150,000 miles. However, you should still have your car’s engine checked regularly to prevent any alternator problems. It’s also important to change engine fluids and perform regular oil changes to avoid contaminants from entering the system. These contaminants will cause the alternator to fail sooner.

Will a Car Turn Over With a Dead Alternator?

There are several ways to tell if you have a dead alternator. Your car may have a dim battery warning light or may be emitting a burning smell. This is usually an indication of a damaged or frayed wire. If the problem is more widespread, the battery warning light might be indicating a larger electrical issue.

First, try to jump start the car. You may also have corrosion in the battery, which could be causing the trouble. If this is the case, use a rag to wipe the corrosion off the battery. If that doesn’t work, you can jump start the car with the help of someone. Once the motor starts, try to run the engine for some time. If it doesn’t, you may have a dead alternator.

Besides the battery, the alternator also supplies electricity to the car’s electrical system. A dead alternator can affect a car’s accessories, including headlights and dash lights. It can even make the speedometer stop working. If you notice any of these symptoms, you should have your car checked by a qualified auto mechanic.

Another symptom of a failing alternator is flickering or dim lights. These are particularly noticeable at night. The dash and center dome light can also flicker. If the alternator is not supplying enough electricity to the battery, it can also cause the car to stall or have trouble starting. Lastly, you may notice a burning smell coming from the engine. This is caused by friction between the alternator and the belt.

What Not to Do When You Jumpstart a Car

Another danger is jumping a car with a leaking battery. This is a serious safety hazard, since the battery may rupture and cause a fire. Secondly, you should find out where the battery is in the car. In some cases, the battery is located inside the engine compartment, and it can be hard to find without jumpstart lugs.

When installing the clamps, make sure you hold the ends of the cables separately. Also, wear gloves and protective clothing. If you don’t have gloves or protective clothing, you may have to reinstall the battery. Next, you should open the hood. If it is not open, you can use a stick to prop it open.

Always use the jumper cables the right way. The positive end of the cable should connect to the positive terminal of the dead battery. Make sure to connect the negative cable to an unpainted metal surface to prevent sparks. This way, you’ll reduce the risk of a disastrous explosion.

Happens If Alternator Not Grounded