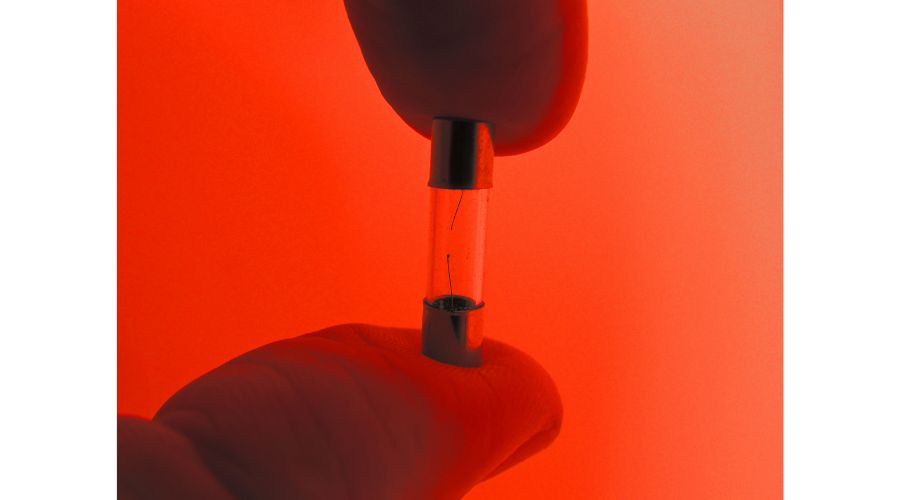 Broken Fuse. In this article, I’m going to talk about what happens when a fuse blows and how to fix it. Hopefully, you’ll have a better idea of what to do in this situation. A broken fuse can be a nuisance and can cause serious injury or damage. However, it’s important to learn how to fix it and avoid further damage to your property.

If you have a broken fuse, it is likely that something electrical is causing it. This is especially true during summer, when power overloads are common. Fortunately, you can often fix a broken fuse yourself if you have a little knowledge about electrical issues. But before you get started, make sure you’ve unplugged anything that uses a lot of power. If the problem persists, call a professional electrician.

The first step in fixing a broken fuse is to locate the electrical panel. You’ll likely find it in the basement, utility room, or garage. Larger homes may have multiple panels. You can ask your electrician for assistance or look through your home inspection report to find the panel. In the meantime, turn off all the lights and appliances in the room to pinpoint the culprit. This will help you prevent a future blown fuse.

Whether you have a fuse box in your home or you’re working on a new one, a broken fuse is no fun. Not only does it cause damage to your home, but it’s dangerous. Getting a professional to replace a blown fuse is a much better option. Make sure the fuse you’re replacing has the same amperage and voltage as the old one.

What happens when fuse breaks?

First of all, you should turn off all the lights and unplug all the electrical appliances in the affected area. This will help you determine the exact location of the fuse. If you have left some appliances plugged in, they may have overloaded the circuit and blown the fuse. If this is the case, you should unplug them and call an electrician.

There are two types of fuses: glass fuses and ceramic fuses. A blown fuse means that there is a short circuit, a situation where a particular electrical component is able to draw stronger current than it is designed to receive. This can occur due to faulty wiring or defective switches, but it can also be caused by a mechanical problem with a motor. For example, a windshield wiper that gets stuck under ice can cause a blown fuse because it forces the motor to work too hard. If a motor was burned out, it would be much more expensive to replace than a fuse.

A blown fuse will trigger a circuit breaker, shutting off power to a certain section of your home. It can be difficult to determine the cause of a blown fuse, but if you can identify the cause, you should be able to repair it.

How do you fix a broken fuse?

A broken fuse can cause a power outage in your home. It is best to turn off all lights and unplug any appliances that are still plugged in. Leaving large appliances plugged in can overload the circuit and cause the fuse to blow. Make sure to wear rubber soled shoes when handling electrical appliances.

Before changing a fuse, you should first check to ensure that it is the right fuse. To do this, you need to remove it from its holder and check the wiring. If there is a gap in the wire, it means the fuse is blown. If it is a glass, it may be dark metallic. Otherwise, use steps 4 and 5 to identify the fuse.

What do you do when a fuse blows?

A blown fuse can cause a lot of damage, so it’s important to know what to do when it happens. First, you should unplug any appliances that might be affected. If that doesn’t fix the problem, call a professional electrician to repair the problem.

To fix the problem, you need to replace the fuse. A fuse is a round object that screws into sockets. Make sure each fuse is clearly labeled so you can easily find it. Fuse blows may occur when a power surge hits the circuit it is in. In some cases, a blown fuse may result in a partial power outage, affecting one room only.

First, you should turn off all the lights in the affected rooms and unplug any electrical appliances. Sometimes the fuse may have blown because of a large energy-drawing appliance. Leaving these appliances plugged in can overload the circuit and result in another blown fuse. Next, you need to shut down the main power to the fuse box, usually located in the electrical panel.

What is it called when a fuse breaks?

A fuse is a basic electrical component. They come in many different sizes, designs, and ratings. This makes them easy to find and replace. However, they can be dangerous if they are not installed correctly. To protect yourself, always read the fuse’s instructions before using or replacing it.

Basically, the function of a fuse is to stop electricity when it encounters an electrical surge or fault. If a fuse breaks, it interrupts the flow of electricity to prevent a fire. However, if the circuit breaker is tripped again, it will trip again.

How do you tell if a fuse is blown?

Fuse box inspections can help you identify if a fuse has blown. You may notice colorful translucent components on the front of the fuse box, and the fuse itself is connected by two metal “prongs” (fuse wires). Look closely at these fuses to determine whether or not they’re blown. If the wires inside have a dark or metallic smear, the fuse must be replaced.

If the voltage reading on the “line” side of a fuse is higher than that on the “disconnect” side, it may be a blown fuse. If this is the case, call a qualified electrician to inspect your fuse. Otherwise, it’s likely an overloaded fuse.

You can test a fuse by putting a multimeter lead on one end of the fuse and another on the other. A good fuse will show a reading between 0 and 5 Ohms. If the reading is higher than five Ohms, the fuse is either blown or has degraded.

Can a blown fuse cause a fire?

Electrical fires can occur in many different ways, from a simple power surge to a blown fuse. Regardless of the cause, a blown fuse can cause a fire and seriously damage your devices. Look for a gap in the wire or cloudy appearance in the glass top to tell if your fuse has blown. If you find either of these, it is time to replace the fuse.

In a car, a blown fuse can occur due to an overloaded circuit. This can cause the wiring or the insulation to overheat, and this can also cause a fire. A blown fuse can also occur if you’ve accidentally installed the wrong type of fuse. This mistake usually happens when you’re in a rush to replace a fuse, and you end up replacing a fuse with a different size than you needed.

Another cause for a blown fuse is too many electrical appliances on a single line. If there is more than one circuit, try moving the appliance to another circuit. This way, it won’t overload the circuit and cause a fire.

How much does it cost to replace a blown fuse?

When your fuse blows, you have two choices: either to pay for a professional repair or to do it yourself. If you do it yourself, you’ll likely spend $10 to $20. A professional repair, however, can cost you anywhere from $65 to $100 per hour. It’s best to call ahead of time and ask how much it will cost to replace your fuse. You may also have to pay extra for specialty fuses or diagnostic fees.

Changing a fuse can be costly, but it’s worth it if your car works again. If you are unable to do the work yourself, you may want to consider hiring an electrician. Depending on the situation, you may be able to do it yourself for less than a dollar.

Can Fuse Boxes Be Fixed?

Fuse boxes are usually located in utility rooms or garages, but you can also find them in closets, attics, and basements. They are accessible through a metal door. Your home inspection report should include the fuse box’s location and description. If you are unsure, call a professional.

The first step in fixing a blown fuse is to identify its location. This will allow you to determine the exact fuse that caused the problem. Next, unplug any appliances and lights that are affected. Leaving appliances on may cause the power outage to recur. Make sure to turn off the main power source to the fuse box (usually found in the electrical panel).

Another common problem is an electrical short circuit. If a wire touches a grounding path or a neutral wire, it causes a short circuit. This can result in a blown fuse and cause damage to the equipment or human life. Unplug all plug-in appliances and replace the blown fuse.

How Much Does it Cost to Fix a Blown Fuse in a House?

A blown fuse in a house can be a serious problem. It can lead to a fire and can cause damage to electrical equipment. The best way to solve the problem is to have it fixed by an electrician. They can perform the repair quickly and easily.

Generally, blown fuses in a house occur due to overloaded wiring. The fuses interrupt the flow of electricity and prevent overloaded wiring from sparking a fire. However, a homeowner may not know how to safely access a fuse box. When working in a fuse box, you must be aware of safety measures and avoid electrical shock. Make sure that you wear a safety mask to prevent causing any damage to yourself or your property.

Luckily, it is not too expensive to fix a blown fuse in s home. Replacement fuses are reasonably priced, but be sure to match the exact size, type, and amperage of the existing fuse. To make things easier for you, try to move appliances out of the way so that you don’t overload a circuit.

If you don’t have the time or tools to replace a fuse, you can choose to buy a new one, which costs anywhere from $5 to $40. If you need an electrician, you can expect to pay between $40 and $100 for a two-hour repair job.

How To Tell If Christmas Tree Light Fuse Is Blown

How To Blow A Fuse

What Size Fuse For 30 Amp Disconnect