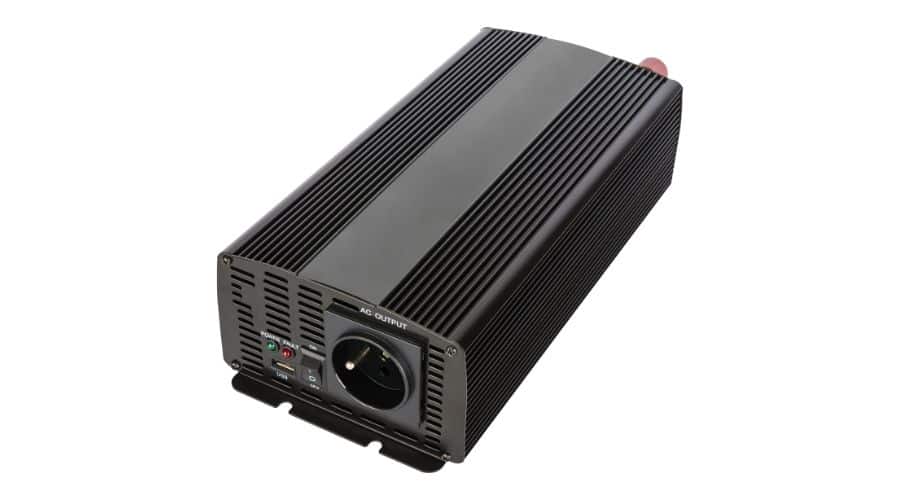 If you’re considering installing solar panels in your home, you’ve likely wondered “Are Solar Panels Dc Or Ac?” First, you should know that the panels themselves are DC. The reason they are DC is because every single cell of sunlight puts out about half a volt (1/2 volt DC) due to physics. The average solar panel is an array of 4×9 cells with an output voltage of 18V. This is adequate for charging a 12-volt battery bank.

Are Solar Panels Dc Or Ac

Solar panels produce direct current (DC) because the sun stimulates the flow of electrons. These electrons flow in one direction. For this reason, solar PV systems require inverters to convert the DC energy they produce into AC energy that can be used within the home or sent back to the grid. You can also buy power adapters that convert AC grid power into DC power for use in your home.

Solar panels can either produce AC or DC electricity, depending on the inverter and panel you choose. When you are choosing an inverter, it is important to choose one that matches the output of your solar panels. The inverter can change the DC output to AC and vice versa, so it’s essential to know which one is best for your situation.

Solar panels can generate both DC and AC power, but it’s important to keep in mind that their peak power output will be lower than their average output. This is because the inverter will be running at a lower capacity than your solar system, and the panels will heat up more during the peak period. In addition, peak power from solar panels will only be generated for a few hours per year.

Which is better AC or DC solar panel?

Despite the differences, AC and DC solar panels are the same in their basic function. Both can produce electricity, but AC is easier to store and travel long distances than DC. AC is the power used by the power grid and most home appliances. DC power is used by solar panels and batteries.

How does a solar panel convert DC to AC?

The electrical output of a solar panel is measured in watts, and this can be either DC or AC. A solar PV system will use an inverter to convert the DC to AC energy before being used in the home, or sent back to the electric grid. In some cases, you will also need a power adapter to convert the AC to DC power.

Solar inverters come in different types. One type is central and can be used in large-scale solar plants, while others are distributed in a community-scale solar project. One type of inverter connects multiple panels to a single unit. This reduces the amount of power produced when individual panels are shaded. Another type of inverter is called a microinverter. The microinverter is a small device placed on each solar panel and is a more expensive option.

While some people believe all solar panels produce DC power, this isn’t true. Solar panels, in fact, can generate both AC and DC power. The primary difference between the two is the voltage. AC power systems produce higher voltage than DC systems, which makes them more suitable for large appliances. DC power systems produce lower voltage, so you can only run small appliances with them. In addition, DC power systems can have high current ratings, which can be difficult to control and increase the cost of your system.

The output of solar panels is reduced by partial shading. Because solar cells are wired in series, a partially shaded panel can reduce the output of the others. This can also affect the performance of a central inverter system.

What voltage are home solar panels?

There are two types of home solar panels: standard and high voltage. Standard panels typically have an output of eighteen to thirty volts, while high voltage panels can produce sixty to seventy volts. Higher voltage panels can be more efficient for home use, producing more power in one go. They also work better with compatible inverters.

The voltage produced by home solar panels depends on several factors. The angle of the sun’s rays will also affect the voltage of the panels. A low angle means that more sunlight has to travel through the atmosphere, scattering photons. In addition, solar panels work best when they are perpendicular to the sun’s rays. Another factor that affects the voltage is temperature. Higher temperature will increase the resistance of solar cell materials and lead to more electricity loss as heat.

Which is cheaper AC or DC?

There are pros and cons to both electrical systems. Both are able to carry electricity over long distances. However, AC is more expensive than DC. In the 19th century, homes switched to DC, but by the end of the century, many homes had switched back to AC. In 1893, the Chicago World’s Fair required DC power. General Electric was chosen to supply the power, but it would have cost $554,000. Tesla’s AC system cost only $399,000, so he offered to supply the Chicago World’s Fair with his AC system. A few years later, the Niagara Falls Power Company chose Westinghouse’s AC to power the Falls.

AC has many advantages over DC, including its relatively inexpensive stepping voltage. It also allows for more energy-efficient powerlines, which helps reduce pollution. In addition, AC motors have lower maintenance costs and can be interrupted easily with circuit breakers. Furthermore, it is easy to interrupt AC power with a circuit breaker, which is one 20th the cost of using DC.

How do you convert AC to DC?

There are a few different ways to convert AC to DC, but the most common way is through a diode. Diodes are semiconductor devices that allow electric current to flow in one direction, but block it in the other. A simple way to do this is to place a diode in the middle of an electrical wire. The positive end of the diode should point away from you, and the negative end should point upward.

A transformer is an electronic device made of iron with two copper wire coils. The primary coil is filled with a lower voltage, while the secondary coil is filled with a higher voltage. A transformer changes the direction of the current by using electromagnetic induction. The output voltage depends on the wiring density in each of the two coils. The secondary coil should have a higher density of wiring than the primary coil.

Is a Battery AC Or DC Current?

Batteries use two main types of current. One is AC and the other is DC. Both can produce energy and are commonly used in electric cars and other portable devices. The main difference between the two is their ability to transfer energy. AC is more convenient for short-distance transmission, but DC is better for longer-distance transport.

DC power is more stable and less likely to be affected by voltage fluctuations. It is the preferred way of delivering power for electronics. It is more reliable than AC power and can be supplied through a variety of sources. Some devices, such as laptops and remote controls, use a combination of AC and DC power. Others use a built-in rectifier to convert AC to DC.

An AC converter will convert DC batteries to AC power. During the conversion process, AC converters can reserve a portion of the battery’s power, allowing it to be used for long-distance travel.

Can Solar Panel Work Without Inverter?

A DC to DC converter is a device used to stabilize voltage and frequency. Most solar panels with a charge controller use this to supply power when the voltage is stable. This device will not work if the voltage drops below a certain level. It also won’t function properly if you have loads that require more electricity.

A solar panel has multiple layers – one positive and one negative – and is connected to a PV cell via a junction. When light hits these layers, it reflects energy, or photons, into the semiconductor. In turn, this light will cause electrons to move between the two layers and generate direct current. This electrical current (DC) can be stored in a battery for later use or sent directly to an inverter.

An inverter is an essential part of a solar system. It is the component that converts the DC voltage to the AC pure sine wave. A DC to DC converter can also power an AC load.

Why Are Solar Panels So Expensive

What Are Three Types Of Solar Panels

How To Get Electricity For Free