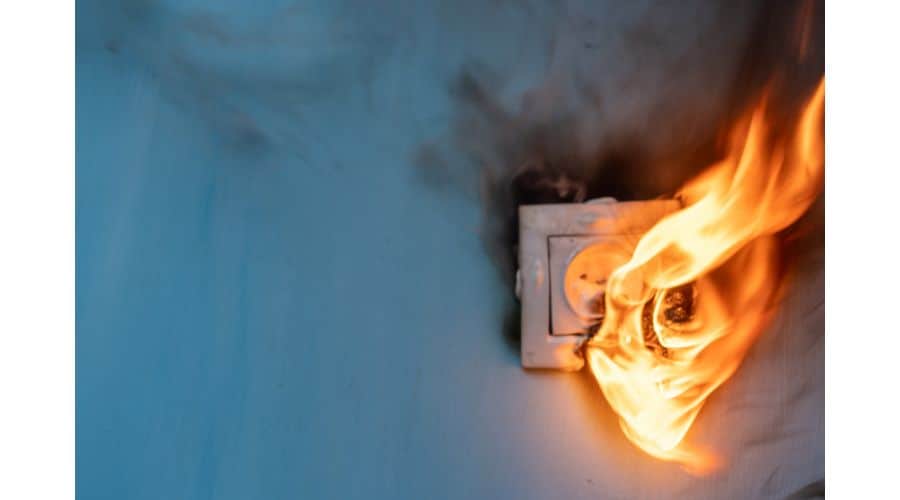 You may be wondering if your home needs arc fault breakers. If not, you may not have to worry about them. Arc fault breakers are required in some areas of the home, and not in others.

Despite the name, arc fault circuit breakers are not required in every room in your house. For example, bathrooms are not required to have AFCI protection, and commercial and industrial spaces are also exempt. AFCIs are also not required for circuits that have less than 120 volts. Likewise, certain “heat and smoke” alarm systems can’t be used in conjunction with AFCI breakers.

You will need arc fault breakers in certain rooms, such as the living room, bedroom, family room, great room, and kitchen. However, they are not required in garages, attics, or unfinished basements. Your inspector will interpret these requirements differently, so you should be sure to check with your building inspector.

The NEC requires branch circuits to have an arc fault circuit interrupter (AFCI) to protect them from sparking and fire. While it is possible to replace an AFCI with a regular breaker, it is not recommended to do it yourself if you are not knowledgeable in electrical systems.

While there are several types of AFCIs, not all of them are effective in protecting against arcs. In some cases, the breakers are not able to detect series or parallel arc faults. However, they can detect the presence of parallel arc faults and shut the circuit off before it can be restarted.

Where are arc fault breakers not required?

Arc fault breakers are electrical safety devices that automatically shut down a circuit when they detect a fault in the electrical system. This device is not required in every home, but it is a good idea in places where a fault can occur. This can occur due to many reasons, including a loose outlet or a nail. These faults are small, but they can quickly destroy nearby wood or plastic.

Arc fault circuit breakers were first required by the National Electrical Code in 1999. They are now mandatory in many buildings and states. The NEC also requires their installation in residential buildings. These devices detect dangerous electrical arcs and automatically shut down the system to prevent a fire. They should be installed in all 15/20 amp branch circuits, which are common in many homes. Arc fault circuit breakers are available for both residential and commercial buildings.

Some electrical devices that need AFCI protection are exempt from this requirement. The main exceptions are television signal wiring and telephone wiring. In addition, AFCI protection is not required in bathrooms or commercial areas. It is also not necessary for circuits less than 120 volts to use an AFCI device. A number of “heat and smoke” alarm systems also do not need an AFCI device.

Where are arc fault breakers required 2020?

When you buy a circuit breaker, it’s important to choose the right type. Combination arc fault breakers combine overcurrent protection and arc-fault protection. Choosing the wrong type of breaker can cause electrical hazards, including fire or electrocution.

In the U.S., arc fault circuit breakers are required in new construction, but you can also install them in older buildings. AFCIs detect arcs and trip the circuit if heat is produced by them. This prevents further damage from happening by shutting off the outlet before it can occur.

Do I need all arc fault breakers?

Arc fault circuit breakers (AFCIs) are devices designed to detect electrical circuits that may be affected by an arcing fault. These devices prevent fires by shutting off the circuit until the arcing fault has been eliminated. They can protect against both serial and parallel arc faults. However, not all AFCIs are required.

While the NEC has made AFCIs a mandatory requirement for college dorm rooms, many hotels have not. The reason for this is that conventional circuit breakers only respond to overload and short circuits and do not protect against arcing conditions. Additionally, some “stab” receptacles are not as secure as screws and can trip AFCIs.

Arc fault breakers are designed to protect electrical equipment from arcing. They can trip when a faulty device, like a lamp with a broken cord, is close to the circuit. When the breaker trips, it may cause a small spark, and the surrounding wood or plastic may be damaged.

AFCI outlets may not have been installed when your house was built, but they may be a smart idea if the money allows it. They should be tested monthly to check for arc faults. If they fail to trip, you should have a qualified electrician inspect them and replace them if necessary. Arc-faults usually occur near wires with damaged sheathing or loose connections.

A combination AFCI breaker detects and stops dangerous arcs before a circuit can re-start. It can also detect parallel arc faults. This type of breaker meets the requirements of the National Electric Code (NEC) and has a lower installation cost. However, this type of breaker is only effective in certain circuits.

GFCI (ground fault circuit interrupter) and AFCI (arc fault circuit interrupter) are two types of circuit breakers that protect appliances from fires caused by electrical wiring faults. They work by monitoring current and opening contacts when arcing conditions are detected. The main purpose of these breakers is to prevent fires and damage to electrical equipment, but they can also have some disadvantages. They can turn off the refrigerator power when you are not using it, which can damage the items in the fridge.

AFCI protection is not required for every appliance in a home. But it is highly recommended in areas such as kitchens, dorm rooms, and living rooms. If you’re buying a new refrigerator, be sure to check the outlets that use these breakers. In addition to refrigerators, it’s also a good idea to install AFCI protection in tabletop outlets.

AFCI protection is especially important for refrigerators, which have relays to switch the start capacitor in and out of the circuit. These switches create arcs and are potentially dangerous. In some cases, AFCI circuitry is designed to ignore these arcs, but that’s not always the case. Moreover, older models may not have AFCI protection. So, before you buy an AFCI, it is important to know which brand you own.

Can I replace an arc fault breaker with a regular

The question you’re probably asking is, “Can I replace an arc fault breaker with another type of breaker?” You might think that this is an easy task, but in fact, there are several things you should consider before making the switch. For one thing, you should check your local building codes. Arc fault circuit interrupters are required by many of them. It’s not unusual for them to be triggered by items like electric razors or appliances with arcing circuits.

Another common cause of an arc fault circuit interruption is faulty wiring. When an outlet or switch connection becomes loose, a nail or other object could puncture the wire, causing a spark. In some cases, a picture hanging through a wire or a rat chewing on a wire can also cause the circuit breaker to trip.

A breaker may be a better option than an AFCI. Those that are designed to withstand arcing can be used in homes, offices, dormitories, and even commercial buildings.

Arc fault circuit breakers first became code in 1999, when section 210-12 of the National Electric Code required that all circuits feeding residential living areas have them. As arc faults are a leading cause of fires, it was felt that bedrooms should be protected. Some municipalities have also begun to require that all residential circuits include arc fault protection. Today, AFCIs are required in all residential circuits of 15 and 20 amps, and many of these circuits also require GFCI protection.

AFCIs have the advantage of being able to detect an arc before it produces any heat. They can also shut off the circuit immediately, unlike conventional circuit breakers. They are also more affordable than standard circuit breakers and can be safely installed by a licensed electrician.

AFCIs have been a safety upgrade for electrical systems, and many new homes now have them installed. However, many older homes still do not have them. This is because AFCIs were not required for the year the house was built. Despite this, many National Codes recommend installing them in new homes. However, local building codes may not require them. Moreover, the breakers are prone to being oversensitive, causing them to trip even without an arc-fault.

Arc fault circuit breakers (AFCI) are safety devices that monitor the electrical current and shut off the power if they detect arcing or other abnormal activity. In contrast, conventional circuit breakers only recognize overloads or short circuits and will not react to arc faults. The National Electric Code (NEC) requires that all 120-volt circuits with more than 15 amps have full protection as of 2014.

Arc faults can be dangerous and can cause a fire if they are not properly protected. An arcing fault can occur when electrical wiring touches a metal staple, for example, and can create high-temperature temperatures and even a fire. An arc fault can be dangerous if it causes a fire inside a wall or stud.

Do Kitchen Counter Receptacles Need to Be GFCI?

When installing a kitchen island, there are certain guidelines to follow. The island needs two outlets on both sides and the receptacle must be no more than 12 inches above the countertop surface. The outlets must also be tamper resistant, at least 5 1/2 feet above the floor, and not covered by heavy appliances.

Kitchen counter outlets must be GFCI-protected, including the first one on each side of the sink. This type of protection is required to protect against electrical shocks. This is also required for outlets that supply the dishwasher. The National Electrical Code (NEC) requires that receptacles that serve appliances be GFCI-protected.

There are two types of GFCIs: arc fault circuit interrupter (AFCI) and ground fault circuit interrupter (GFCI). Both are designed to protect occupants from electricity hazards. GFCI receptacles protect kitchens and other living areas, while AFCIs protect appliances in other areas of the home. When a GFCI detects a leak in a circuit, it instantly breaks the circuit, rendering the appliance inoperable. When a GFCI is tripped, the red indicator light blinks, signaling that the appliance should be replaced.

The kitchen is a high-risk area for electrical hazards, and NEC revisions address many of these issues. GFCI protection, ground fault circuit interrupter protection, and lighting requirements are just a few of the topics addressed. There are also local building codes for kitchen safety, so it’s a good idea to check with the local building department before performing any kitchen renovations.

How Many Outlets On A 20 Amp Circuit